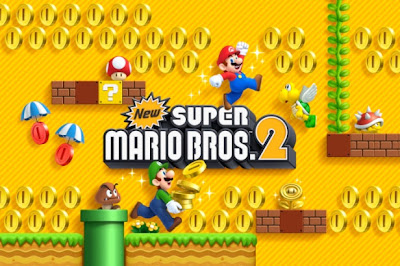 I love how Nintendo takes care of it's own.  Fans have always backed up Super Mario and Luigi and by giving away a free downloadable pack of courses to those loyal fans is freakin' awesome!  If you are not so sure how to download the Gold Classics Pack, you can go to the official New Super Mario Bros 2 site and get instructions straight from the source.  The Gold Classics Pack will be free from now until 1/31/13.  As of 2/1/13, the Gold Classics Pack can be downloaded for $2.50.   Thanks, Nintendo, for the free stuff!  I, and your loyal fans, greatly appreciate it!

So... how many coins have you collected in New Super Mario Bros. 2?  I'm dying to know if any of you have collected more than I!  Later!

Posted by Metallman at Wednesday, November 28, 2012