Hey there friends. This weekend has just been horrible for southern California. Fires broke out everywhere and there has been nothing but smoke and ashes in the sky. Some nearby counties are already under state of emergency protection. I had my family in the house all weekend long, even our pets were inside. Windows are closed and we have the fans on in every room to keep cool since we can feel the heat and even smell the burning. Smoke just filled the sky and if you were outside long enough, you would start to have an ashy taste in your mouth. Check out our car covered in ashes. Ashes pretty much sprinkled through out as if it's was a light rain shower... 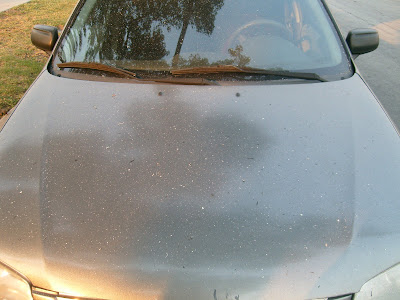 The smoke and ashes in the sky gave the sun an eerie red color. Very similar to the flames that blazed throughout the weekend. 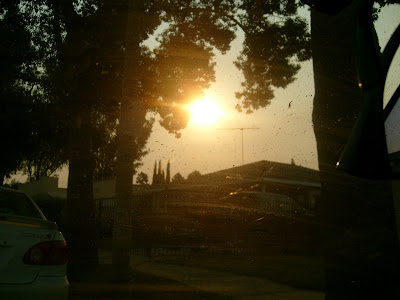 I took that picture right before I went to the market Sunday morning to pick up a few essentials. I took this one on my way back because I just could not believe how ugly the sky looked. Yes, the light is green and I should have been driving but considering that there was practically no one on the roads, it was fairly safe when I took the pic from the car. 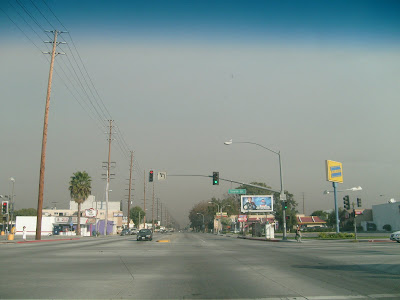 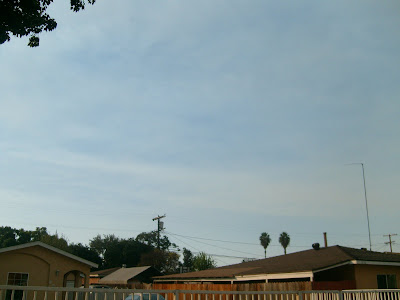 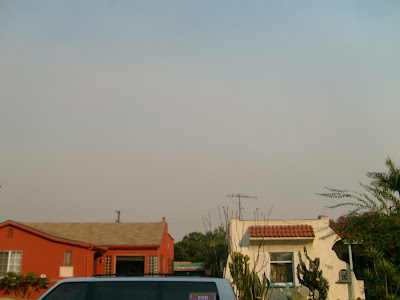 Even now, the fires are still burning and firefighters in the south land are fighting to keep it contained. Last I remember seeing on the news was that thousands of acres have been burned down and many homes have been lost. Anaheim county was supposed to be declared as a state of emergency zone and that's no more than a 15 minute drive from here. I'm keeping my eye out the window and an ear to the TV in case I see blazes or hear that we need to evacuate. Later!
Posted by Metallman at Sunday, November 16, 2008