Thoughts On... Wreck it Ralph 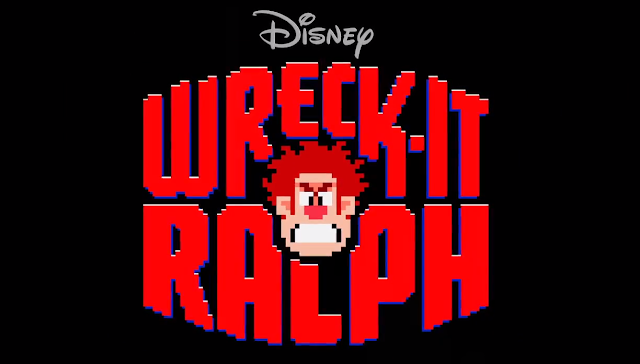 Hey there.  Wreck it Ralph is right up my alley.  It's a movie paying homage to retro video games and somewhere in all of the video game character cameos, there is a feel good story of a bad guy wanting more than just being well... a bad guy.  When I first saw the trailer for this film, I just had to see it.  Being a gamer that was raised off of the retro games, it immediately grabbed my attention.  Seeing familiar faces from games past was not only nostalgic but also brought back fond memories of my youth.  If you haven't had the chance to catch this film, go do it before you will have to wait for the Wreck it Ralph DVD/Blu Ray release.  WARNING!  SPOILERS BELOW!  Now, here are my thoughts on... Wreck it Ralph.

First off, I love John Reilly.  I love him in Step Brothers and I love him in Walk Hard and you know what... I love him just as much as Wreck it Ralph.  But he wasn't the only one with a strong performance.  Jane Lynch and Sarah Silverman were just as good.  And you know what else I noticed... I see the actors in the characters.  I can see Reilly in Ralph's eyes, I see Lynch as the bad ass in Sergeant Calhoun, and Silverman's goofy faces are all over Vanellope.  It may be a growing trend that animators are making animated characters have subtle resemblances to their voice actors and I love it when I notice it.  It brings more of a human element to an animated film.
I loved the premise of Wreck it Ralph.  A bad guy (Ralph) wants to be a hero.  But that simply cannot be done in the gaming universe.  All of the gaming characters know their roles and stick to them.  The heroes are the heroes and the bad guys are the bad guys.  It's their job and Ralph, like many of us, has grown weary of his thankless job and is looking for a change.  There is even a "bad guy" support group that is lead by Clyde (Pac-Man) to help notable bad guys accept that they are the bad guys and that they need to take it, "one game at a time."  lol  I thought that was great.  It was a great way to bring out a human element to the animated film.  Anyways, Ralph seems to boil over when his game, Wreck it Ralph, reaches it's 30th anniversary and he is not invited to the celebration at Fix it Felix's place.  This is where Ralph finally shows what is eating at him.  Even though Fix it Felix is the hero and receives the medal for defeating Ralph, Ralph feels that he should also get a medal and recognition for his 30 years of hard work.  When that doesn't happen, Ralph storms off and vows never to return to his game until he obtains a medal.  He is feared to have gone "turbo."

Ralph's adventure through Hero's Duty, Tapper, and Sugar Rush was a good one.  He battles bugs, he has a few drinks while chatting it up with the bar Tapper, and makes a new friend while in Sugar Rush.  I would have liked to have seen more action in different games, but in a way, having the majority of the adventure take place in Sugar Rush worked really well.  The "duty" jokes made the wife and kids laugh, the adorable characters appealed to the girls, and the battles with the Candy King and the bugs brought plenty of action.  A great story unfolded with Vanellope and Ralph and it was edgy and heartwarming.  The scene where Ralph smashes Vanellope's racecar brought tears to my daughter and I'll admit, almost brought a few to mine as well.  But above all else, I loved that Turbo Man was behind it all.  That was a great twist that I could honestly say I didn't see coming.

As for the gaming cameos, there are plenty of them.  I caught the film with the wife and kids and they were able to get some of the more obvious faces (Sonic, Bowser, Clyde, Ryu and Ken) but trust me, there were a lot more references than meets the eye.  At first glance, I caught the "Aeris lives" graffiti, I loved that they used the Konami code as a password, and the referee shirt!  Now, I know I'm missing a lot more only because the game central station (a power surge, lol) is full of characters that you cannot possibly catch them all at first glance.  I perked up when I saw Q Bert and I chucked when I saw Dig Dug.  That's what the movie does, it takes you back to those moments when you were first introduced to those characters and brings back that adoration.

Go see Wreck it Ralph.  No words can give nostalgia it's due.  It's warm, it's fuzzy, it's a reverie.  It's not only a feel good film that the whole family can enjoy but it's also an experience and trip down nostalgia lane that many of us would love to visit again and again. It's retro... and it's cool.  Later!