The Humble Bundle by THQ

Hey there.  I haven't had much time to write the past few days.  Sorry about that.  No worries though!  I have quite a few things lined up for the next few days and I can't wait to get that started.  One thing that I wanted to let you guys know about now is the Humble Bundle by THQ!  Brian and I touched on this bundle on our weekly podcast (which will be up soon) but I realized that the bundle is available for a limited time only!  As of this post, there is only 7 hours left to purchase the Humble THQ Bundle!  So why would you want to purchase it?  Well... let me tell you why!

The Humble THQ Bundle offers you 9 full games to be played on Steam!  Please take note, you will need a Steam account and you must run a Windows OS in order to play the games on your laptop or computer.  All of them for the low donation of $1.  1 freakin' dollar!  But it gets better.  THQ is allowing you to decide on how much you want to pay.  If you donate more than the average donation, which is $5.74 at the moment, you not only get the 9 games, but you also get some DLC content for some of the games and you get 5 game soundtracks in MP3 and FLAC formats.  That's a lot of stuff for just under $6!  I believe the retail value is well over $200 so it's definitely a great deal!  So here is what you're getting: 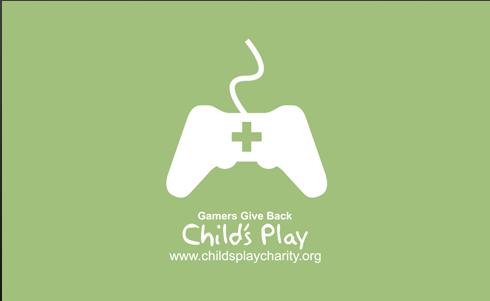 You know I'm all about the gaming, but if you noticed, I used the word donation a lot in the above paragraphs and that's because the amount that you pay is going to a charity.  The Child's Play Charity (no affiliation with Chucky... I don't think. lol) works with hospitals around the world to get gaming systems into hospital rooms where kids are patients.  Since 2003, Child's Play has been working to bring joy to sick kids in hospitals everywhere and they have already raised millions of dollars to have hospitals equipped to keep the spirits up of kids with video games and video game systems.  Some lucky kids even get to keep the gaming system!  How awesome is that!  Any charity that can channel thier love of gaming and raise funds for kids is something that I can definitely get behind.  When donating at the Humble Bundle website, you can choose whether you would like your donation to be split between THQ or the Child's Play charity.  You can even choose to donate all of it to charity!  It really is your choice!

A friend of mine purchased this awesome collection of games for me and I am currently downloading them on Steam (Thanks Luke!).  Again, this is a limited time off and you want the games or get your good samaritan on, go to the Humble Bundle website and donate.  Well over 850,000 Humble Bundles have been purchased and much money has been raised for charity.  It feels good to help others.  As a gamer, it feels even better knowing that your donation is helping a young one, in a hospital bed somewhere, get thier gaming on, despite whatever sickness they are dealing with.  Later!
Posted by Metallman at Wednesday, December 12, 2012