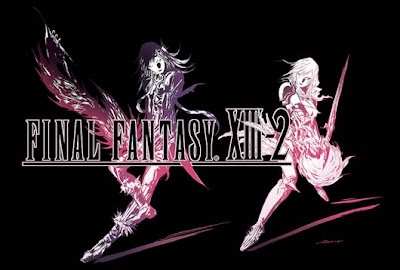 Looks like we're in for another adventure with Lightning.  Well... at least the woman on the right looks like Lightning.  As with all Final Fantasy logos, there definitely is an insight to the game there.  Black and white?  Good and evil?  Maybe the reinvention of Lightning?  Who know but I'm definitely looking forward to this game!  Until then, later!
Posted by Metallman at Tuesday, January 18, 2011