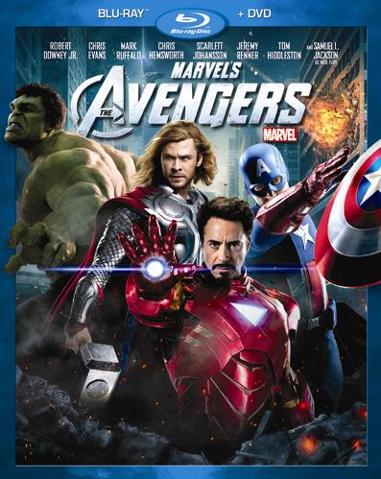 Hey there. Who loved the movie, The Avengers? I know I did. It was part of an awesome class of super hero movies that were released this year. I thought that only the latest Batman film surpassed The Avengers when it comes to heroes vs villains.  Anyways, I have teamed up with our good friends at Film Book to bring you the opportunity to score Marvel's The Avengers (Two-Disc Blu-ray/DVD Combo in Blu-ray Packaging)!  I love watching movies in the theaters when they first come out but what I really love about owning the film in Blu Ray or DVD is the extras that you get.  I get all geeked out about all the behind the scenes type stuffs and the audio commentary during the movie is my absolute favorite!  You can enter the giveaway here on Metallman's Reverie using the rafflecopter below.  You can also gain additional entries by check out the giveaway post at Film Book!  The best part???  There will be THREE winners!  Giveaway ends at 11:45 EST on Nov. 20th and a winner will be contacted shortly after that!  Good luck, friends!
a Rafflecopter giveaway