Super Bowl XLV is in the Books 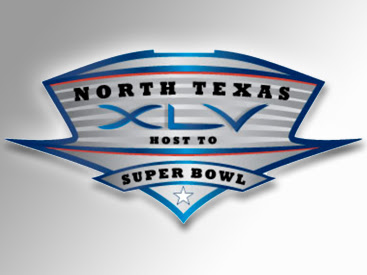 Hey there.  I know, I know.  I'm late to the party.  The Super Bowl is now 3 days removed and I am just getting the chance to add my 2 cents to the whole thing.  The game itself was awesome, the halftime show was eh, and the commercials were simply hit or miss.  First the game:

The game was great.  I think that the NFL has had a nice 4 or 5 game string of awesome Super Bowls.  I believe they all were close in the end, they all had some sort of theatrics going on, and they all were decided by a single score.  This was no different.  The Steelers, even with their 3 turnovers, were in position to win the game in the 4th qtr.  Down by six point and possession of the ball, the script was written for Steelers QB Big Ben to march down the field and take the win.  But it wasn't to be.  Not this time.  Packers QB Aaron Rodgers played the best game of his life and earned himself the MVP and the Lambardi Trophy.  He can finally emerge from that huge Brett Favre shadow that has followed him ever since Favre left Green Bay.  Congrat to all your cheeseheads.  You guys deserve it.  Now, on to the entertainment.

Christina Aguilera botched the national anthem and the Black Eyed Peas are so outdated I'm extremely surprised they were chosen to play the half time show.  You would expect that Christina would practice the national anthem a billion times considering that this is the biggest of stages in all of sports.  She completely missed a line and added words to the song.  As for the Black Eyed Peas, I'm not the biggest of fan of theirs, but at least their light show was good and it was cool to see Slash on stage.  I feel as if the NFL has gotten the jitters when it comes to their shows and are playing it extremely conservative.  Ever since the "wardrobe malfunction" incident, the half time shows have not stood out like they used to.

As for the commercials, some companies got it right while others completely bombed.  I'm looking at you, Coke.  Really now?  Drink a Coke and you're dragon will start spewing fireworks?  What are you trying to say?  That was one stupid commercial and there was no appeal what so ever.  And considering that it was CGI, I'm sure it was a pricey mistake on your end.  One commercial that definitely got it right was the Volkswagon commercial featuring a young Darth Vader.  That one was awesome.  It was funny, intuitive, and all around fun.  Awesome job WV.  Awesome job.  Check out the commercial below.

All in all a good experience.  Can't complain about the product that the NFL has given us.  The game is as popular as it ever has and it has continued to produce awe inspiring performances.  Great job NFL!

On a side note, I want to give some thoughts on the whole thing being in Dallas.  There is no doubt that the stadium is awesome.  Top of the line, state of the art type stuffs.  However, Jerry Jones greed was a complete embarrassment to the league.  Jones wanted to break the NFL attendance record for the Super Bowl.  That records sits somewhere around 105,000 people.  Jones added extra seats to the stadium in an attempt to break it.  Sold the tickets and everything and then on game day, the fire marshall explained that they were not safe and had to be removed.  You know what that means?  That some 500 people or so were turned away from the game.  TURNED AWAY!  Can you believe that?!  You've just managed to get a ticket to the Super Bowl and have made travel arrangements, got a week off from work and what not only to be turned away at the gate.  What a HUGE black mark on what was an awesome day.  There was a letter that was handed out to those who were turned away but don't you think that letter would have served a purpose a few days before the game?  And even if they knew that they couldn't seat all ticket holders, they should have created an area where those that could not be seated could have hung out, watched the game, and still say that they were there.  The NFL tried to make it right by offering some $2500 to each ticket holder.  I just don't think that's enough.  In my opinion, that's just soul crushing.  Later!
Posted by Metallman at Wednesday, February 09, 2011