Going to our First Dodger Game 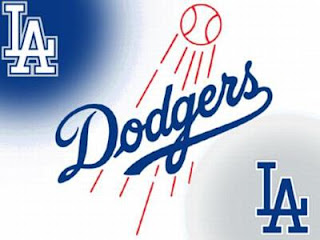 Hey there. I'm not very big on baseball. Don't get me wrong, if someone were to come along and say, let's play baseball, I'd probably say sure and go hang out with the guys. But watching the sport is a completely different issue. I just find it a little slow. There's not much in movement from the players and, in my opinion, there's too much time in between pitches.

Now, 2 days ago, I was awarded 3 tickets to a Los Angeles Dodger game. My brother and I were talking about taking my son to a game and this seemed to be perfect for that occasion, because really... who gives out 3 tickets? That's an odd number if you ask me. Anyways, he's up for it and my boy is excited about going so we'll be heading out to that later this evening.

I'm hoping that a live experience is different than the one sitting in front of the TV. My brother claims that it's better, but then again, he's a fan. I just figure that's it would be some great bonding time with my son and bro. The 3 of us out to see a game. And just because I don't like something doesn't mean my boy won't like it. We try not to shield them of stuff we don't like. If they wanna listen to certain music, so be it. If they want to watch certain sports, so be it. As parents we support and we expose the kids to our style of stuff and if they like it, great, if not, that's great too. As long as they get to have the experiences that they enjoy, I'm all for it. Later!
Posted by Metallman at Thursday, May 06, 2010