Hey there. I feel tired as hell. We've been at get togethers all weekend long. We were at my aunt's house on Friday for a b day party but really, it turned into a "watch the Lakers kick some Denver ass" party. lol

On Saturday, we attended my father in law's birthday party. Which was pretty cool since it was a surprise party and it's difficult to get him out of the house. I pretended to go to work so that my wife would have an excuse to call him up and get him to pick her up from our place. The problem was that he was in such a hurry that he allowed absolutely no delay time. He basically went in the house, said let's go, and off they went. When my wife tried to stall by saying that she needed to go to the store for ice, he ran inside the store, grabbed the ice and ran back. All the while, I'm at my father in law's place and there is NO ONE TO SURPRISE HIM!!! Not even my mother in law was there. My brother in law and I were sweating it, since we were the only ones there. No bullshit, in matter of 3 minutes, my mother in law, my wife's aunts and uncles, and my father in law arrived. It was a close call. As soon as guests arrived we hurried them in since my wife was sending me messages that read, "got off the freeway", "just passed meat store", "one block away". lol He was surprised though. Shed a few tears and considering that it was his 50th birthday, he was very pleased that we went all out for him. One thing that didn't happen, though, was that we booked a "banda" to perform for him. Not really my type of music, but he loves it. Well, 7 PM rolls around no band. Upset, my mother in law, brother in law, and some uncles and cousins were all on the phone trying to find out the what hell happened. They even called other bands to see if they'll show up and none did. A huge disappointment since it would have been something for him to enjoy. He did have a blast though. He was dancing the night away having a blast. We left the party at about 10:30, since my wife was falling asleep.

On Sunday, we were off to my mother's kid's (long, long story) birthday party. She had the usual fixin's such as a jumper, hot dogs, burgers, and kid games. I grilled the burgers and meat while chatting it up with my bro about the Lakers and Magic. Soon after, guests arrive and word quickly spread that there was a fight at my cousin's b day party the night before. We didn't attend since we were at my father in law's. Good thing we didn't go too. It was an all out brawl with bottles flying and people getting the stuffing beaten out of. My uncle showed up with this huge ass gash above his eye. You swore he was some MMA fighter that forgot to get his eye stitched up. It was that bad. My grandma wasn't having that so he made him get a band aid to at least cover the wound. He's supposed to go get it stitched up today, but who knows if he'll go. Turns out that cops had to break up the party and fight. We chuckle at the people that were there because it seemed like those that attended my cousin's party were wearing sunglasses. lol

Anyways, the party went along without a hitch. The pinata was shredded and then candy bags were passed out. Me, getting my share in the form of "Daddy tax" shifted through the candy to see what my mother put in. Oh man... First I pulled out a slot machine. That's right, a slot machine. I laughed. I looked at my mother and told her if she was planning on hooking the kids early. I dug deeper in the bag and, what's this? Candy cigarettes. Are you kidding me? I kinda snapped at her a bit. You don't pass out candy cigs to kids anymore. Yeah, they sold em back in the day, when I was kid, but I haven't seen those things since forever. I continued to dig through the candy and I let out this monster laugh. My mother stuff the bags of "candy" with cough drops and Calcium chews. LMAO Oh man, I let out a good laugh with that. I could not believe she put those in there. I saw a few kids chucking them at each other while the adults stuffed them in their pockets. lol That's my mother for you. 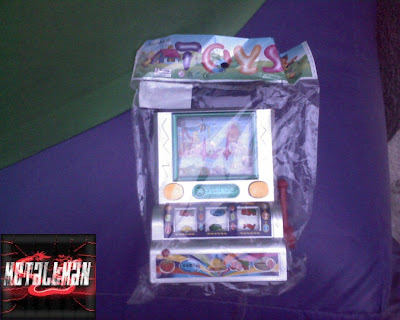 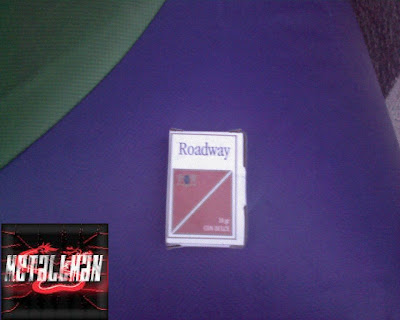 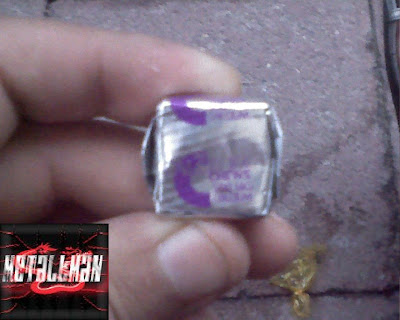 We got home pretty beat that night. I did a bit of online work but then couldn't sleep. I must've gone to bed close to 12:30 or so. Ugh... I'm feeling the affects of that right now. Least I got my cup of joe sitting right next to me. Later!
Posted by Metallman at Monday, June 01, 2009