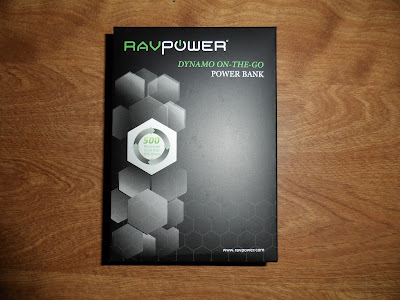 Hey there.  Who here has a mobile device?  You know... a tablet or a smart phone.  In this day and age, just about every one and their grandma has one.  I'm guilty of owning several devices!  I have a Kindle Fire, a few iPods, and a few smart phones in our household.  And you know what... it can be a pain to have to charge all the devices at once.  Our "charging station" is full of adapters and chargers that it's not even funny.  Anyways, when your family is as dependant on mobile devices as mine is, the last thing you want to see is "low battery" on any of them.  And you knowwhat... it happens a lot!  The kids are listening to music or watching videos on thier iPods, the wife is pinning away on the Kindle Fire, and I'm checking in on sports on the phone.  With the heavy usage that we put into our devices, it's bound to happen.  But you know what... it sucks when it does.  That usually means you have to stop doing what you are doing and go to the "charging station."  In our family, that means you're stuck in a corner, attached to a wall charger and that's no fun.  But that's about to change now.  Our good friends over at RAVPower provided me with a RAV Power Dynamo on the Go Power Bank to try out and review!  It's an external battery where you can charge your mobile devices without having to be confined to a wall outlet.  I've had the pleasure of trying out and testing the Dynamo on the Go Power Bank for the past week and I am now ready to let you guys know how awesome it is. Let's get to it!


Let's start with the contents.  First off, I love what came with the power bank.  Aside from the power bank itself and the instruction manual, also included are 2 USB cables and 5 bits that you can attach to the USB cable to make sure that you have the connection you need to charge or power your device.  The bits included are the 5 pin micro and mini conncetions, the Samsung 30 pin conncetion, the Apple 30 pin connection, and the Nokia DC2.0 connection.  If by chance, the connection needed for your mobile device was not provided, no worries.  You can simply use the USB cable that came with your device and connect it directly into the power bank.  You also get this black velvet bag to carry your power bank in.  The bag is pretty cool and I love that it protects my new power bank.  The only problem I have with it is that there is no logo or any indication at all that the velvet bag is for my RAVPower Dynamo on the Go Power Bank.  It would have been cool if the RAVPower design was on the bag.  Other than that small gripe, no complaints with the contents.
Now for those of you that love specs, here are some of the specs of the RAVPower Dynamo on the Go Power Bank:
That last one is another awesome plus.  Power surges suck and can simply fry your devices.  The RAVPower Dynamo on the Go Power Bank has a safeguard to assure that your devices will not be fried in case of a power surge and that the power bank itself will not fry in case of a power surge.  These safeguards are things to look for when you want a well made and reliable product and I love that RAVPower put these precautions in this power bank.

The RAVPower Dynamo on the Go Power Bank is about the size of a large smart phone.  I love the silver and black look of the power bank but there really is nothing too fancy about the over look.  I have seen other power banks before and the ones that I have seen have a look that is similar to a brick.  This RAVPower Dynamo is not like that at all and is a nice change from what you expect from a standard power bank.  As for the features, I really like what RAVPower has done.  First off, the power bank can hold a capacity of 14000 mAh.  That's more than enough power to keep even the high powered iPad running all day.  You also have 2 USB ports so that you can charge up to two devices at once.  One of those USB ports is a 2A output that could be used to charge and power higher powered devices such as the new iPad.  I also love the intellegent LED status bar that tells me how much of a charge is left in the power bank.  The LED status bar consists of 4 blue LED lights and each light represents approx. 25% of power left.  It's a great way to check and see how much power you have in the power bank by simply pressing the power button.  The Dynamo on the Go Power Bank also has a built in flashlight.  By holding the power button for a few seconds, you can activate the flashlight feature.  I don't really see why you would need a flashlight on your power bank, but I guess it doesn't hurt to have one.  lol  And lastly, it has a power saving function that is a must have for any power bank.  If the RAVPower Dynamo on the Go Power Bank is not charging or powering a device within 5 seconds of being turned on, it will automatically power down.  No wasting of power.  No wasting of energy.  This function is simply there to make sure that you will have the power you need when you need it.  That's a huge plus!
Now, lets get into my experience with the the RAVPower Dynamo on the Go Power Bank.  Upon taking it out of the box, I looked to set it to charge right away.  One of the first things that I noticed is that it DOES NOT COME WITH A CHARGER.  You will have to already own a wall charger in order to charge your power bank.  I have no problem with the power bank not contaning a charger.  I mean, I already own several wall chargers so why would I have a problem with one not being included?  And now that I think about it, if you are looking for a power bank, you should have a charger somewhere in your home so it shouldn't be a problem.  Anyways, using a wall charger with a micro connection, it took a little over 2 hours to charge the power bank from 0% to 100%.  It took a little longer than I thought it would to charge to full power, but once it did, it lasted me more than 2 two days without having to charge it again.

To test the charging power of the RAVPower Dynamo Power Bank, I let my smartphone lose all battery power so that I can charge it from 0% to 100%.  Once plugged in, my phone was fully charged in 30 mins.  Impressive.  I did the same test with 2 phones charging at the same time.  Both charged in 30 mins.  Awesome.  Next, the Kindle Fire.  0% to 100% charge time?  45 mins.  At this point, I didn't bother trying the iPods.  Full charges in less than an hour is amazing.  After the charging up, I pressed the power button to check the LED status bar.  4 lights!  I charged 2 phones and a Kindle Fire and the power bank still has over 75% power left?!  Oh yeah, this is a winner.

I found the family using the RAVPower Dynamo on the Go Power Bank more as the week went on.  My wife loves to lie on her stomach while using the Kindle Fire.  One of her pet peeves is having to get out of position because the battery is running low.  With the power bank, she no longer needs to get out of her comfortable position and simply charges up with the power bank and continues using the Kindle Fire.  The kids attach thier iPods while sitting on the couch or lying in bed and continue listening to music.  No one needs to sit in the "charging station" anymore now that the power bank is around.  And let's not forget the "on the go" part of the power bank.  Even though I've found the power bank in more use at home, it is great to take with you when you hit the road.  I've already made it a habit to place the power bank in the black velvet bag provided and take it with us wherever we go.  My wife and kids ask for it when they need a quick charge.  Perfect for giving the kids a charge while on their ride to school or charging up on my way to work.  Knowing that the power bank last us for more than a day, it's also great to take with you on weekend getaways.
The only knock that I have with the RAVPower Dynamo on the Go Power Bank is the flashlight.  I simply just couldn't find a justifyable use for it.  Maybe it's there for when you are out somewhere with no power?  Maybe it's great to use while looking for stuff in a dim garage?  I just don't know why but the flashlight is there.  I'll probably never use that feature but I'm sure that some of you may find a use for it.  But other than that, this RAVPower Dynamo on the Go Power Bank is simply amazing.  Fast charge up times, sleek design, and it comes with everything you need to charge your mobile devices.  There are many power banks out there, but none with the power of RAVPower.  This great power bank is now stamped with the Metallman seal of approval (not a real seal so don't bother looking for it on the box.  lol)!  Make sure to stop by the RAVPower Facebook page and website for this and other awesome RAVPower products!  This awesome power bank retails for $129.99 but you can get a great deal on it on Amazon.  You might on jump on this, friends.  It'll be the only power bank you'll need.  Later!