An Operation and the Pitter Patter of a Little One

Hey there. I am here to announce the addition of a little one to our family! Lucy is now comfortably sleeping in our home and we couldn't be happier. It's great to hear the pitter patter of a little one as she zooms past us as she plays. What? How can she zoom? Well... she's our new puppy! Check her out.

She's a little one. You can really get a feel for her size when she's next to our TV remote. 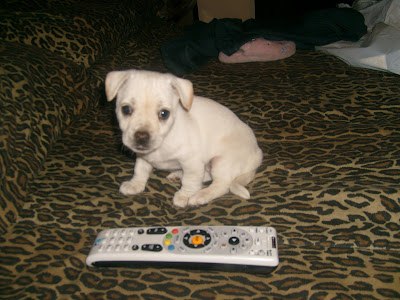 My wife has been wanting a little dog since forever. Most of them are expensive as hell. Don't know if it's because they stay little or because a lot of celebrities stuff em in purses or whatever. When my aunt told us that their dog has pups, I initially shot down the idea. My wife was not too pleased. Fast forward to New Years Eve. As my wife was going through some pics on my mother's phone, she saw pics of the pups and again, said that she wanted one. Me, being the "jerk" that I am, said no. As we were lying in bed the next day, I thought over the idea. The pup is little and it'll be inside, I guess it won't be so bad having another little one. I told my wife I rethought it and she was thrilled. I called my aunt right away and off I went to pick up Lucy.

So... how does Lucy repay the favor of having a home and a loving family? She decides to "bite the hand that feeds". lol 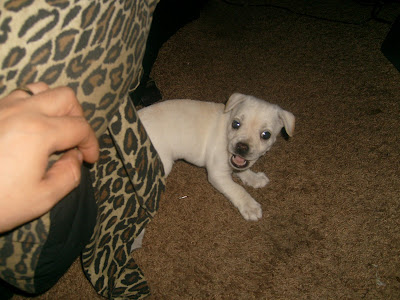 Overall, we liked the name Lucy. My babe because of Lucy from I Love Lucy and I because of Lucy from Elfen Lied. Lucy was timid at first but she's already used to hanging around the house and she gets into little scuffles with our cat, Jack. I'm sure they'll get used to each other soon enough. The real battle will be getting her potty trained. I'm already getting a little tired of picking up her crap. lmao 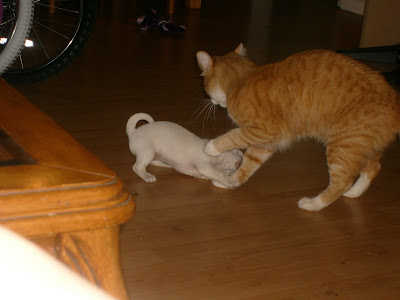 Since we are on vacation, we're trying to spend some extra time with the kiddos. We picked up the game, Operation, from Target the other day. We finally cracked it open last night. With the exception of my wife, it our family's first time playing. She did say that it's a revamped version. All the original pieces were gone, except for the rubber band. It was pretty fun. It's kinda hard too. Kids laughed cause the guy on the table has "toxic gas"... and as my wife pointed out, "just like daddy." lmao 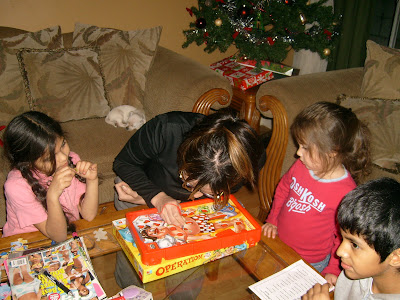 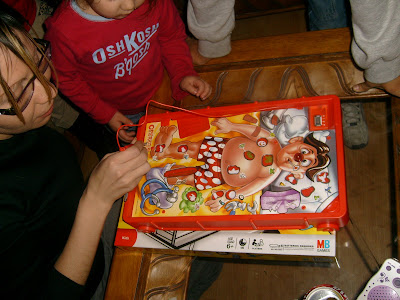 Once I get my doctorate degree in Operations, I'll let you guys know. lmao Later!
Posted by Metallman at Wednesday, January 07, 2009