Thoughts On... The Dark Knight Rises 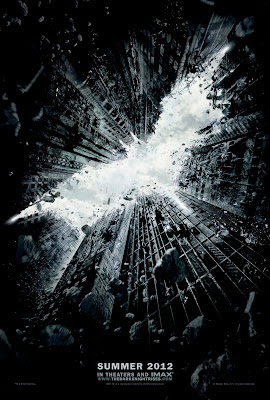 Hey there.  Have you had a chance to see The Dark Knight Rises yet?  If you haven't, what are you waiting for?  The much anticipated finale of the Batman trilogy by Christopher Nolan did not disappoint.  Movie premier tickets were sold out months before the movie was released and for good reason.  Batman Begins and The Dark Knight gave us some of the best Batman movies in existence.  Batman Begins portrayed Batman as he is in the comics.  Because Nolan was bold and was willing to make movies that changed the standard of what a Batman movie should be, many fans talked and speculated about how Nolan will end his trilogy.  I've seen The Dark Knight Rises.  If you haven't seen it, go watch it and come back and let me know what you thought of the movie.  THERE WILL BE SPOILERS BELOW!!!  Unless you want me to kill the movie for you, step away.  Now here are my thoughts on... The Dark Knight Rises.

First off, I hype leading up to the film was huge.  EVERYONE loved the first two films of this Batman trilogy and expectations were high for the finale.  I didn't catch it on opening weekend, but everyone that I spoke to that did see it said it's just as good as The Dark Knight.  Being a fan, I wanted to see it but wanted to avoid anything that would even hint at how the movie plays out.  I had a vision of how the film would end.  Would Nolan have the stones to kill off Batman?  Would he be the one to show Batman vulnerable?  To show that he can be broken?  Will there be a Robin sighting?  Will Batman leave a successor?  I wanted to know, and I wanted to know bad!  (More on all that near the end of this post) 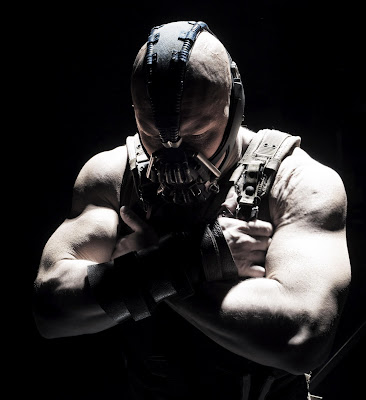 In my humble opinion, The Dark Knight is the best Batman film in existence.  Heath Ledger as the Joker is simply outstanding and it seemed like a daunting task to match or exceed that performance.  Choosing Bane as the main antagonist of the film was a bold move and it paid off extremely well.  We last saw Bane as a bumbling fool of a henchman in Batman Forever or Batman and Robin.  I think he was one of Poison Ivy's cronies so whatever film she's in, that one.  That movie disgraced the Bane name.  Nolan breathed life into Bane.  Made the monster into a master of tactics.  He was NOT a bumbling fool but a man with a history, a man with a purpose, and a man with a plan and carried that plan out to near perfection.  I was extremely pleased that Bane was more than just a villain.  For fans of the comics, we know of Bane's mercenary back ground, we know of the prison, we know of his origins.  For casual fans, the history given to bring you up to speed was well done.  You didn't get blasted with 30 minutes of back story.  As the movie progressed, you were given spoonfuls of his story.  You hear of the prison.  Later, you hear of the child.  After that, you hear of the protector.  And after that, you know where the origins of plans come from.  It's the absolute perfect way to introduce a character.  It flowed extremely well with the story and it did not seemed forced in any way what so ever. 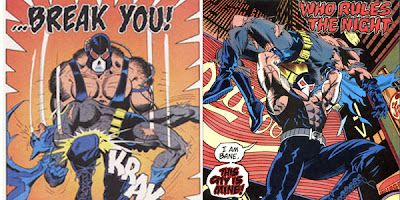 Clocking in at close to 3 hours, this is definitely a long movie.  It didn't seem that long though.  I would attribute that to the great flow of the movie.  Most films have that dull lull for a good 15 mins or so when a film just drags.  I didn't think that The Dark Knight Rises dragged on in any way.  However, I do think that the movie would have been served well as a two part film.  I may be on the minority here, but just hear me out for a second.  Bane breaks Batman's back.  If you know of the "Knightfall" story arc of Batman, you knew that this was coming.  It was an integral part of Bane and essential in showing that Batman is human.  That it's possible for him to break just like any other man.  By the time we get to the Batman being broken, we're introduced to Catwoman, we know Wayne Enterprises is going under, Bruce is broke, and Batman is struggling to come to grips with who he is.  It could have been a movie on it's own.  A proper back story to Catwoman could have been introduced, Batman's struggles with himself could have been emphasized more than just show him as being a secluded and eccentric man.  More light could have been shed as to just how much the city of Gotham hated Batman.  A film focusing on Batman's inner conflict could have concluded with him finally breaking.  Literally.  Imagine that film ending with Bane breaking his back.  Imagine that the last scene of that film is Bane holding the broken face mask of Batman.  That would be the ultimate cliffhanger.  It would have been a perfect conclusion to that film and sets up part two to seamlessly continue with a broken Batman stuck in the pit.  It would have been a great segue into Bane and Talia Al Ghul's back story. 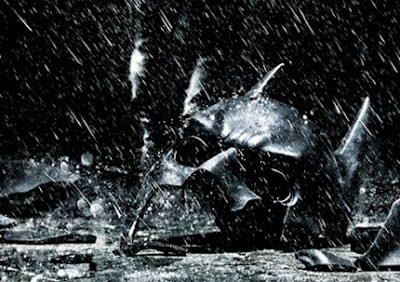 Yup, Talia Al Ghul's in this film too.  About half way through the film, I figured it out.  Accent, hots for Bruce, Bane's in the picture, the League of Shadows are mentioned throughout.  Yup... Talia was going to be in this film.  And even though she was in the film from beginning to end, you don't realize it's her until the final minutes of the film.  Remember about the spoonfuls of back story that I mentioned earlier?  Well... you are led to believe that the story is Bane's story.  The child that left the pit.  The protector that helped the child survive when the mother was killed.  It was all built up to lead you to believe that Bane was that child.  It wasn't.  The child was Talia and Bane was the protector.  I loved that about this film.  It gave the movie an added dimension and depth.  This was no longer a film about a bad guy creating havoc and Batman trying to stop him.  It was now a story of family, a story of legacy, a story about love.  Bane was the protector of Talia while she was in the pit and when she escaped, she made sure to go back with her father, Ra's Al Ghul, to get him out.  The reason behind Bane's chaos was really Talia seeking to avenger her father and attempt to finish what he set out to do in Batman Begins.

John Blake.  You guys know the name.  He is the cop that Joseph Levitt plays.  I love the guy.  I always thought he was hilarious back in the day when I would watch 3rd Rock from the Sun.  He was great in Inception, and now is showing Hollywood what he can do.  The story of John Blake has always been an interesting one.  When he was first mentioned, I knew there would be more to his character.  You don't cast an actor like Levitt and not plan on build.  We see his character start off as a "good cop."  We see that Commissioner Gordon sees more than just a cop and promotes him to detective.  His character then reaches out to Batman, and Batman in turn provides him with "vigilante justice" advise.  It was great to see the seeds of something great be planted.  I really hope that they move forward with Levitt and create something special. 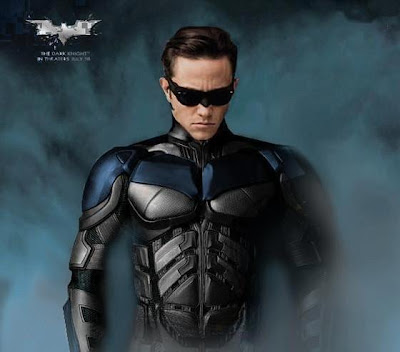 Now, on to my thoughts on how the movie ended.  Batman kicks Bane's ass, the atom bomb is located, and there is only 2 minutes left before it's about to detonate.  Batman knows what he has to do.  He has made the decision to carry the bomb over the horizon.  Luscious Fox tells Batman that the autopilot is not working and Batman does what he has to do anyways.  As he flies off into the bay, we see the bomb go off over safety of the bay.  Tears stream, Bruce is buried, last wishes are carried out and bequeaths are handed out.  This is where it gets interesting.  We learn that John Blake's first name is Robin.  Bruce leaves him a set of coordinates and in the final minutes of the film, we see John Black discovering the Bat Cave.  Could this mean that he now will don the black cowl and patrol the streets of Gotham.  I don't think he will.  The only reason I don't think he will is because his name is Robin.  There were many Robin's in the Batman universe and some of them became more than just a side kick for Robin.  The one that sticks out the most is Nightwing.  Can you imagine Joseph Levitt carrying a Nightwing franchise of films?  It would be freakin' awesome.  It would make a lot of people happy if that were case.  Many of the little known villains could make an appearance (giant crocs come to mind since Commissioner Gordan mentioned one in the movie) and because Nightwing's story could go any which way, the possibilities are endless with what direction the Nightwing franchise could go.
Posted by Metallman at Tuesday, July 31, 2012