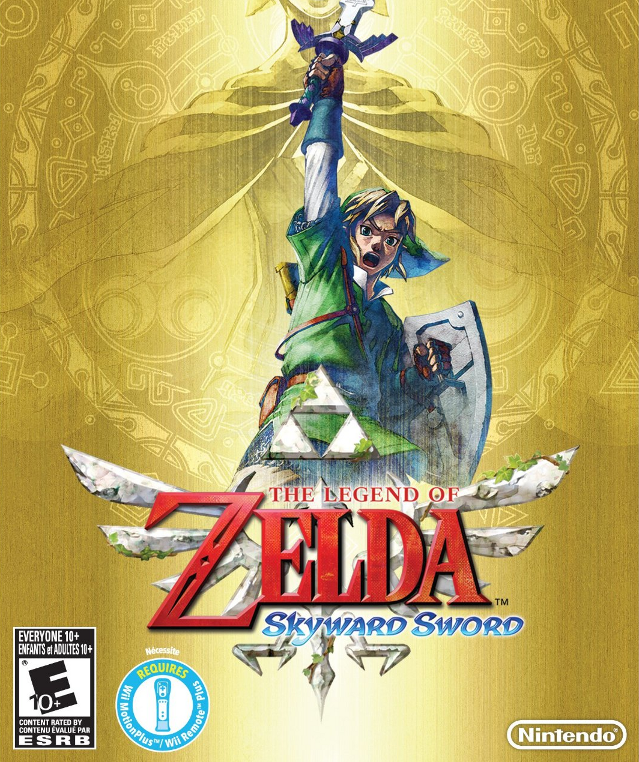 Hey there.  I'm still in Zelda mode!!!  That means that another The Legend of Zelda game will be up for grabs.  This time, it's the most recent installment, The Legend of Zelda: Skyward Sword!  I'm loving how the Wii motion controls work with Twilight Princess so I can only imagine that the responsiveness and Wii-mote action increases in this year's Zelda release.  Check out the description from Amazon:

One of the most storied franchises in history soars to new heights. The Legend of Zelda: Skyward Sword shakes up the tried-and-true adventure game formula and marks a turning point for the series. Link embarks on a sprawling adventure through the skies and across the continent when his childhood friend Zelda falls from their floating home in the sky beneath the clouds to the mysterious continent below. The introduction of full motion controls enabled by Wii MotionPlus technology synchronizes player movements with Link's actions while offering the most intuitive play control of any game in the series to date.

Pretty awesome, no?  The contest will run from now until July 3rd.  The winner will be announced on July 4th!  And just a heads up, going forward, you can opt for an Amazon gift card instead of the game.  Amazon GC amount will be on the rafflecopter widget.  Best of luck friends!!!

This giveaway is brought to you in part by my great friends at R8IT.  Make sure you Like their Facebook page for extra entries and a great photo rating app!

a Rafflecopter giveaway
Can wait to see if you've won?  You can score The Legend of Zelda: Skyward Sword at Amazon for the great price below.