Hey there. Our vacation time has been flying by. We're scheduled to be back at work on Monday. Ugh. I haven't really had much time to post much. It's been almost a week since my last post. Not good. No problem, though. I got something to say today.

We tried to schedule a family trip to the ice rink last week to do a little ice skating. That didn't happen so when we realized that the kids get off early on Tuesdays, we decided that would be our best chance to go. First off, I don't roller blade, the kids don't either, the only one with experience is my wife. My wife and I treated ourselves to some skating back in July (anniversary) and I spent most of the time on my ass. lol So, I was expecting the kids to spend most of the time on the ice.

The kids have never been ice skating so they were ecstatic. We also took my brother in law so it was his first time as well. The boys picked it up fairly quickly. Stayed near the edge for about 10 mins before getting bold and ventured off on their own. That doesn't mean they didn't take their spills. As we're trying to teach our daughter how to skate and glide, we'd hear this loud bang. We turn our heads and see our boy on the ice, or crashing into the wall. lol He's alright, but man, he took his lumps yesterday.

Our daughter struggled some. She seemed very timid of the ice and didn't let go of the edge until we were well into our second hour of skating. We felt that she was scared of falling and because of it, did not take many chances to go off and figure out how to skate on her own. We held her hand throughout the session, releasing her for short moments or venturing away from the edge to test the waters some. She did take some hits as well. She tried to venture on her own and we saw her slip and land on her tailbone... OUCH! She was out of commission for a few minutes. We showed some pics of us falling and that made her better.

Overall, we all had a blast. The kids want to go back already and our daughter wants to take lessons. We had the rink to ourselves, most of the time, but there were a few other skaters that popped out from time to time. We could tell that our daughter was in awe of the grace that many of them moved in. Especially, the slighter older ones that seemed to have been doing some kind of dance. We looked into putting her in. We found out that registration ends on Feb 7th and it's about $100 for 8 weeks. Personal instruction during a 30 min class. I want to put her in, but I'm a little hesitant. I would just like a little more info since it's a 30 min class that is held weekly. We also asked our boy if he'd be interested in hockey. He passed "this year". His plan? To practice skating while our daughter is in her class. lmao

We left the rink, all bruised up. I didn't hit the floor, as much. I did have a few nasty spills and a couple of close calls. lol Good stuff, this ice skating is.

We then treated the kids to some McDonalds. Not a bad way to cap the afternoon, I don't think. Yesterday was good. We didn't really get much of a chance to do things with the kids this vacation because they are in school, but it was good to be able to get them out and about when given the chance. Here are a few pics of the afternoon. Enjoy. Later!

Here we are, lacing them up. 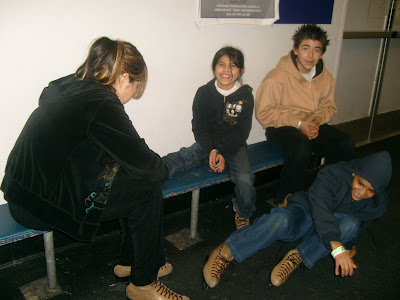 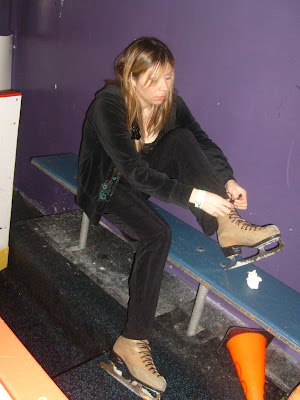 The boys speed off as I try teaching our daughter. 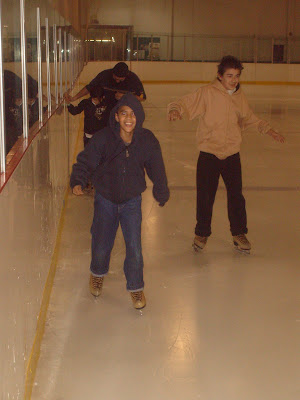 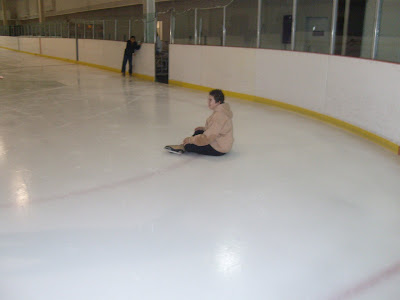 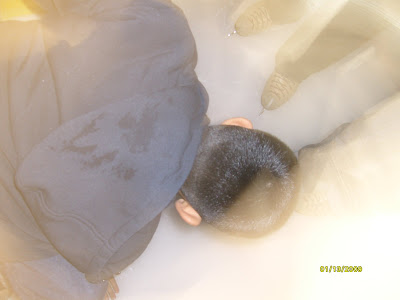 Our daughter being brave and trying it on her own. 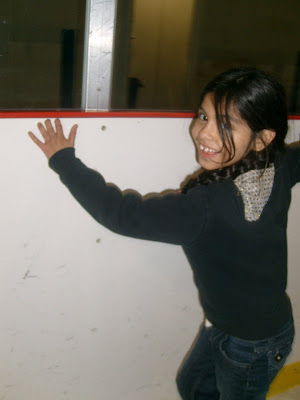 My wife and the kiddos. 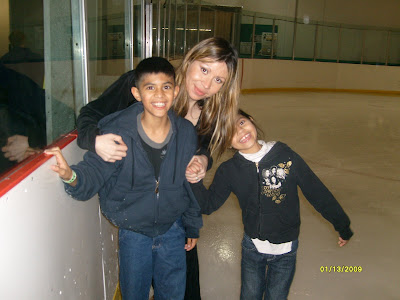 Here we are, striking a pose. 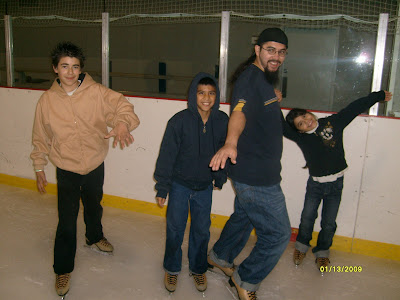 Chowing down some lunch. 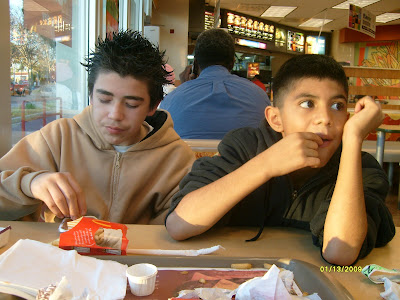 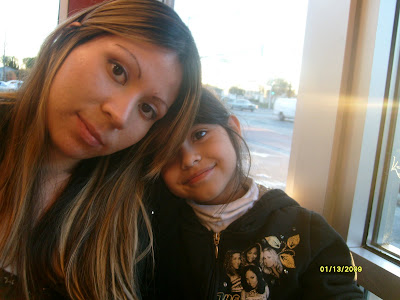 Posted by Metallman at Wednesday, January 14, 2009