How well do you know Mayweather and McGregor? 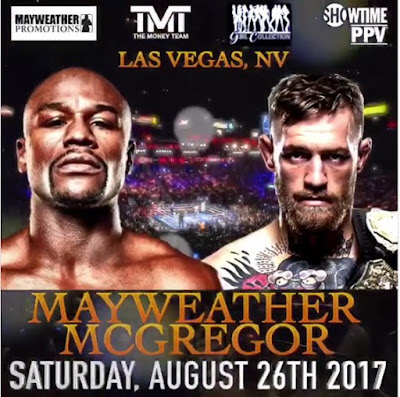 Hey there.  Boxing and Las Vegas is set to showcase one of the biggest events in history as its Mayweather v McGregor. Floyd Mayweather; one of the greatest in boxing history and a five-division World Champion takes on Dublin’s rising UFC star, Conor McGregor.

The boxing purists and experts feel it’s a miss match and that McGregor has no chance. However with the fight nearing closer the continued confidence from the McGregor camp grows that he could pull of the biggest shock in sporting history.

Both fighters are expected to make in excess of $100,000,000 as the world’s media and fans descend upon the fight capitol. You can check out the latest Mayweather v McGregor fixed odds here as fight fans continue to back their favoured stars. The press events built a further rivalry between the two camps with the passionate Irish fans descending on Vegas and are expected to make themselves heard and noticed. Can McGregor defeat the unbeaten Mayweather?

How well do you know the two stars taking part in the event this weekend? Test yourself with this quiz below.