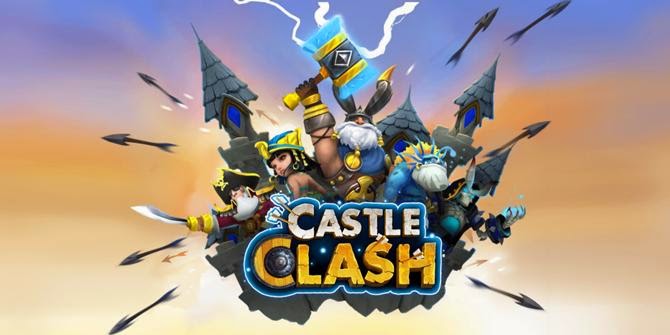 Hey there.  I just haven't had the time recently to get my gaming on.  There are so many great games out there and I just haven't had the time to play them yet.  It's one of the main reasons why I find myself playing more and more mobile games.  I finally realized that playing on your smartphone is a quick fix to get a bit of gaming on.  At this moment, I'm playing Castle Clash.  It has everything that I look for in terms of quick fix gaming.  It has leveling up.  It has power ups.  It has heroes.  It has battles.  It has dungeons.  It has a timer.  The timer is the thing that makes this game work for me.  Unless you want to shell out money to get things done quickly, the timer forces you to put the game down and come back later once your troops or your buildings are done.  You see, every upgrade and troops are allotted a time.  That's how long it will take for it to ready.  A simple troop soldier may take only 20 seconds to be created while a level 9 gold vault could take up to a day.  Having only 2 builders makes your choices all the more critical.  In essence, it's one great time waster.  lol

The heroes themselves are pretty cool.  They act as your generals in your army.  They are difficult to defeat and they have several special powers.  Those powers can range from healing allies to poisoning enemies to dealing massive damage to a single enemy or damage to all foes surrounding you.  Because the heroes are so different from one another, you can have several different combinations on the field to make the game play different each time.
I've only been playing for a little over 2 weeks.  I still haven't discovered everything that the game has to offer and I've only recently been accepted in a guild, or clan, if you will.  I hear that there are boss battles as well as other game play modes for guilds.  I'm curious to see how these new game modes work.  There are many other features that should be mentioned but Castle Clash is a game that you need to dig into to appreciate.  Look for me, Metallman, and add me as friend!
So, do you play Castle Clash?  If so, what should I know about the game?  What strategies do you suggest?  Let's hear it in the comments, friends!  Later!