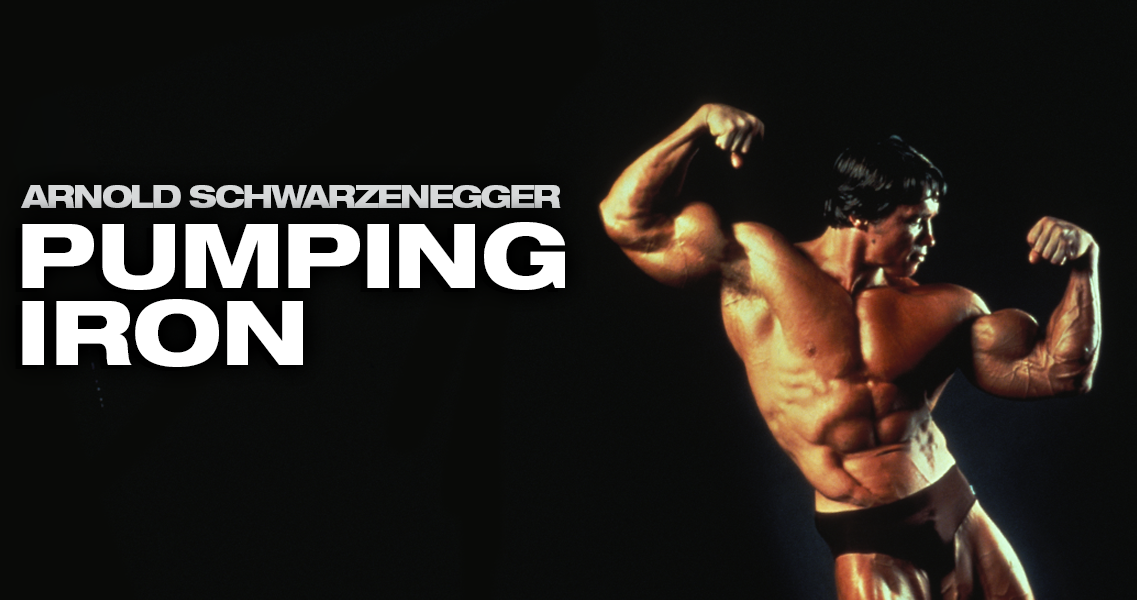 Hey there.  How many of you are familiar with Arnold Schwarzenegger?  Of you course you are!  He's the freakin' Terminator, the Last Action Hero, and the guy that just had to have Turbo Man for his son!  Arnold has starred in many films and he has one of the most recognizable faces on the planet.  But did you know that he started off as a body builder?  That he came to America to make a name for himself knowing little to no English?  And that he made many smart investments early in his career that made him the millionaire that he is today?  Pumping Iron is the classic documentary that follows amateur and professional body builders (including Arnold Schwarzenegger, Serge Nubret, and Lou Ferrigno) as they prepare for the Mr. Olympia and Mr. Universe contests of 1975.  It's an intriguing look at the preparations and training that these athletes go through to get ready for a competition and one that I recommend you check out if you haven't already.  And just in case you haven't... no worries!  For the first time ever, it is now available for digital download and HD!  And guess what... I'm giving away a copy of the film to one of you fine readers!  Our good friends at PartnersHub and I have teamed up to give a HD digital copy of the film to one lucky reader.  As always, all I ask is for a little reader interaction.  Check out this Pumping Iron blog app.


Now, for some giveaway details.   The giveaway will run from now until Dec. 19th. The winner will be announced shortly there after. Each household is only eligible to win One (1) Pumping Iron Digital Download via blog reviews and giveaways. Only one entrant per mailing address per giveaway. If you have won the same prize on another blog, you will not be eligible to win it again. If a response is not received by the end of 48 hours, the winner will forfeit their prize and a new winner will be chosen. Prize will be shipped by PartnersHub. Winner is subject to eligibility.Giveaway is open to US and Canada residents.

To enter the giveaway, all you have to do is check out this Pumping Iron blog app and let me know in the comments which is your favorite all time Arnold moment.  It could be movie related, fitness related, or whatever else you want.  I want to hear about Arnold and the way he has made an impression on you.  Let's hear it, friends!  Good luck!