I Gots Me a Blackberry 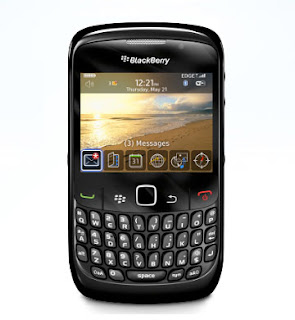 Hey there.  It was about time, no?  I've been complaining about my Dash since forever.  Slow, unresponsive, and would take forever to boot up (even after many restarts, the damn thing would just not boot up!).  I was getting extremely frustrated with it and decided long ago that I needed a new phone.  I tested the market and messed around with a few of my friends phones and finally decided on getting a Blackberry.  That Blackberry finally arrived yesterday.

I'll admit that I should have jumped on getting a phone sooner but I just don't like buying things for myself.  So when my wife's G1 decided it didn't want to work anymore, I ended up getting a Motorola CLIQ for her and went ahead and got a Blackberry Curve for myself.  There's not much flash in the Curve, unlike the CLIQ.  The CLIQ is touch screen, sliding keyboard, all sorts of cool apps and what not.  The Curve is what it is, a smartphone that does the Email and web thing pretty damn good.

I've only had the chance to mess around with it for a few hours but I'm pretty happy with it so far.  I'm still getting used to some of the applications and the scroller/button/thingy in middle is something to get used to, but other than that... I'm glad with my purchase.  Now... let's just hope that it doesn't turn into a Dash sometime in the near future.  Until then... Later!

I just realized that this thing has it's own exclusive Blackberry Messenger.  If any of you would like to add me, for whatever reason, here is my PIN for the messenger: 21F7521A  Chat with you guys soon.  Later.
Posted by Metallman at Tuesday, April 27, 2010

Email ThisBlogThis!Share to TwitterShare to FacebookShare to Pinterest
Labels: Tech