The NFL Season is Just a Few Weeks Away

Hey there.  Who is ready for some football!?!?!  I know I am.  I have been ready.  I'm a huge football fan and it pains me when we have to go through the 6 months or so of no football.  The preseason has already started and we now have our first glimpse of all of the teams and many of them have new looks.  Some of the more exciting story lines include Robert Griffin III, Andrew Luck, and Peyton Manning a Bronco.  I, however, am a loyal Raider fan and I would love to see if we can improve from last year and make the playoffs!  Another great thing about the football season starting is FANTASY FOOTBALL!!!

Read more »
Posted by Metallman at Wednesday, August 22, 2012 No comments: 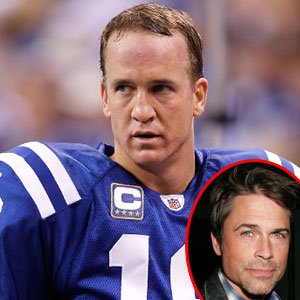 Hey there.  The NFL has been good to me.  It has brought me many great times with my brother and I'm happy to see that those great times are now including my son.  His love for the game is increasing with each year and I'm thankful that we all got to experience our first NFL game together.  Throughout the years, I have seen great players come and go.  Barry Sanders, Joe Montana, John Elway.  At the same time, I've seen perennial busts.  Ryan Leaf, JaMarcus Russell, Akili Smith.  But you know what?  That's why I love the game.  You just never know who will emerge a star and which ones will fall like no other.  So when word gets out that one of the greats is thinking retirement, the sports world listens.  Peyton Manning has been plagued by neck injuries.  He's had like 3 or so neck surgeries in a little over a year.  It doesn't take a doctor to say that playing in the NFL after so many surgeries on the neck may not be the best of ideas.  Recently, the Indianapolis Colts have cleaned house.  They have fired couches and executives and there is speculation that Manning might be next to go.  With the Colts holding that #1 pick, Andrew Luck could very well be on his way to Indy.  And if that's the case, what's to happen to Manning?  If we are to believe Rob Lowe, yes... that Rob Lowe, Peyton is planning on retiring.

Read more »
Posted by Metallman at Thursday, January 19, 2012 No comments: