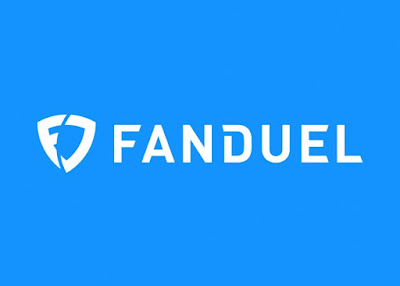 Hey there, friends.  Ready for today's lineup for Fanduel's main slate of games?  Yesterday was a bit of a weird night on Fanduel.  My suggestion lineup scored over 312 fantasy points, yet it ended up well below the winners column.  What gives?  I'll chalk it up to a fluke night since generally, anything over 300 fantasy points usually equals a win.  I ended up with a big fat goose egg last night,  So let's get right in to it!


Here are the results for yesterday's lineup: 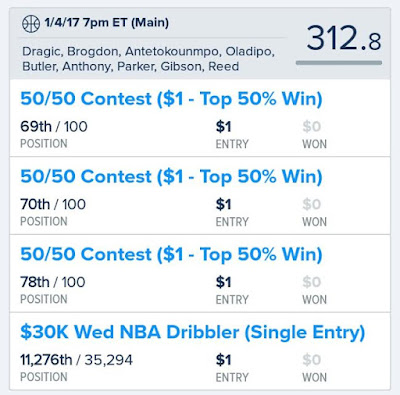 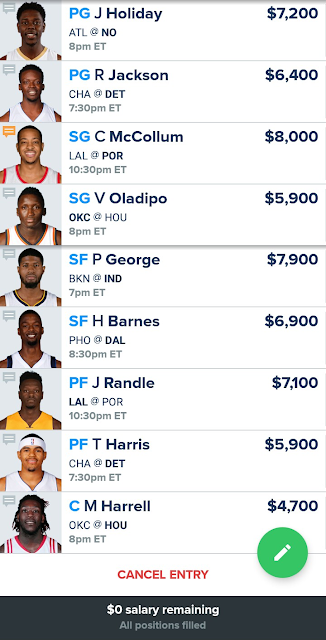 Jrue Holiday:  Holiday has looked like a great Robin to Davis' Batman.  Holiday can fill up the stat sheet nicely and tonight, he's up against an Atlanta team that gives up a lot of fantasy points to opposing guards.

Reggie Jackson:  Jackson has scored over 30 fantasy points in 3 straight games and he's up against a Charlotte team in the second game of a back to back.  Reggie should be able to have another all around game here.

C.J. McCollum:  Since Lillard has been out, McCollum has been on fire.  Especially during the last 2 games where he exceeded the 50 fantasy point mark.  If Lillard continues to miss, McCollum is a must have on any lineup.

Victor Oladipo:  Westbrook can't score all the points on that Thunder team.  A high scoring affair against the Rockets in coming tonight and I believe that Oladipo will get his slice of that big fat fantasy score pie!

Paul George:  George has scored more than 30 points a game in 3 of the last 4 games and if he can get that rebounding and assist number up, he can easily top 40 fantasy points a night.  I think it happens tonight against a Pacers team that gives up the most points to opposing forwards.

Harrison Barnes:  Barnes has been a high usage player on the Mavs.  He averages close to 35 minutes per game and has topped 20 points per game in 3 of the last 4 games.  This type of scoring output should continue tonight against a Suns team that has been burned by strong Forward play.

Julius Randle:  Randle completely killed the Grizzlies last night, posting a triple double.  The Blazers are on the docket for the Lakers and Blazers have had trouble stopping Forwards.  Randle should be in line to notch another triple double tonight.

Tobias Harris:  Harris comes off the bench, so that may make some shy away from him, but he still manages to play over 30 minutes a game and has managed to put up fantasy scores of 30+ points in 5 of his last 6 games.  And at just shy of $6K, he can be a bargain.

Montrezl Harrell:  The big man has filled in nicely for Capela.  He's produced over 20 fantasy points in 6 of his last 7 games and plays about 30 minutes a game.  I'm banking that he'll have a great game against a Thunder team playing for the second night in a row.

Want to get in on this Fanduel action? Sign up here! Good luck, friends!