The Nintendo World Championships are Back 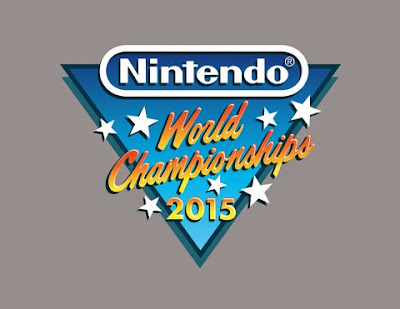 Details are scarce but I'll share what I know...  Best Buy locations in major cities throughout the country will host qualifying events starting on May 30th.  We have absolutely no idea what games participants will be participating in.  Also, the championship round will take place in Los Angeles, at the Nokia Theater, on June 14th, 2015 with one player being crowned the 2015 Nintendo World Champion!

How exciting!  The championship round will take place right here in my home town of LA!  I'm going to see if I can go and check it out.  It'll be great to be a part of the revival of the Nintendo World Championship!  So what games do you think should be a part of the competition?  The 1990 competition was score based.  Do you think that format should stay the same?  Or should it be more 1v1 type competition featuring fighting games similar to Super Smash Bros?  I'm curious to see how it's all going to play out!!!  I, for one, would like to see both.  Maybe round one will be time and score based while another round can be a 1v1 type battle round.  I would love to see the championship round be a combo of both.  Maybe have a score based prelim with the winners duking it out in a 1v1 battle.  Gaming is a lot different in 2015 than what it was in 1990.  Nintendo has plenty of options here to make this one epic Nintendo competition.  Later!