Hey there.  You know, my wife always said that when I shave, I look a lot younger.  She's even said that I carry myself a little better.  That exude confidence.  It's exactly what I need at work.  It's important for me to be and look my best at the work place.  While the scruffy look works great in certain industries, I've come to learn that it simply does not in the finance world.  I've used many razors, trying to the find the one that works best for me.  And it seems like the universe is telling me that shaving needs to be a more integral part of my life.  How?  Well, my brother is pushing me to join a shaving club, my wife suggests I join a shaving club, TV is telling me that shaving clubs are awesome.  Hmmm...  sure does seem like I need to join a shaving club.  And just when I was about to start and check them out, the blogging gods intervened.  The good guys at ShaveMOB reached out to me and asked if I would like to check out their Mens Stocking Stuffer.  I jumped at the opportunity.  So before I get into my experience, here are the contents of the Mens Stocking Stuffer:

Now, in case you are more of a visual type of person, here is their commercial.

Here's a closer look a the contents.  The razor handle is pretty sturdy.  You can tell that the handle is made out of metal, since it feels a bit on the heavier side, but the soft, rubber grips gives it a great feel.  It doesn't feel clunky and looks pretty good, actually.  The rubber grip is black and the razor handle has a white trim.  It's topped off with a sleek metallic strip with the ShaveMOB logo near the end of it.  Pretty solid. 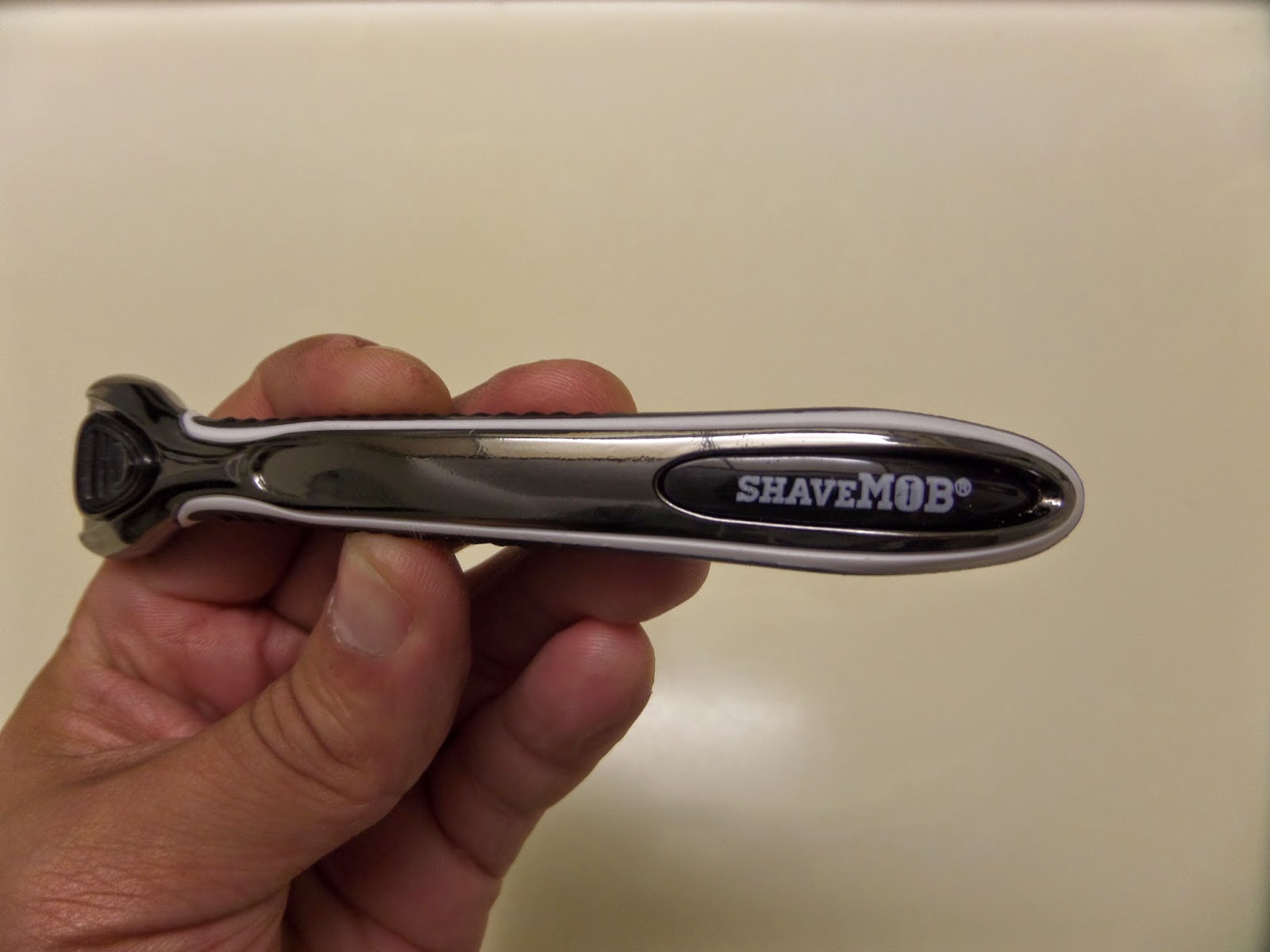 The razor cartridges that I received are of the 6 blade variety.  Again, they are pretty study and well made blades.  They are a little bigger than I'm used to.  Only because I'm used to the 4 blade cartridges but it's nothing that I didn't get used to right away.  Also, the lubricating strip does its job fairly well too, but I wouldn't forgo using shaving cream.  With six blades, I strongly suggest shaving cream.  lol You know, some guys look like a different guy after they shave.  And sometimes its not just the appearance.  Most people exude confidence when they feel their best and getting a great shave definitely helps.  Place your order by Dec. 17th to assure that you'll get the kit by Christmas.  And just because you guys are awesome, here is a promo code for a dollar off at ShaveMOB when you spend $10.  BUDDY3F76G  And make sure that you tell them that Metallman sent ya!  Later!

Posted by Metallman at Wednesday, December 10, 2014