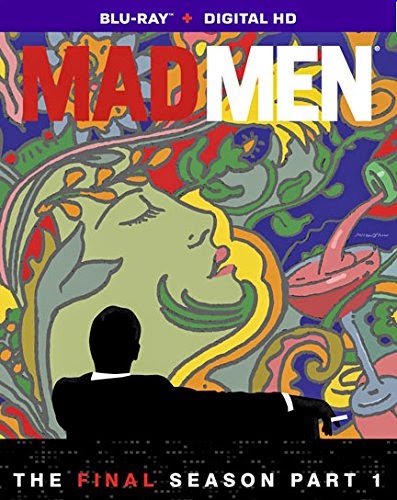 Hey there.  Mad Men has been one exceptional TV show!  It has won many awards, such as the Golden Globe and an Emmy.  It you have been following this Don Draper and his colleagues for all these years then you know that the show is now in its final act!  Re-live the entire first half of the final season with the Mad Men Season 7 Part 1 Blu Ray Disc!  And just because you guys are cool, our good friends at FilmBook are hooking one of you guys up with the Mad Men Season 7 Part 1 Blu Ray Disc set!  Before we get into the giveaway details, here's a synopsis of Mad Men:

A drama about one of New York's most prestigious ad agencies at the beginning of the 1960s, focusing on one of the firm's most mysterious but extremely talented ad executives, Donald Draper.

Giveaway runs from now until Nov. 11th. Entries are gained using the Rafflecopter widget below. Winners will be randomly selected. Giveaway is open to US residents only and winner must have a residential address. Sorry, no PO Boxes. The prizes will be mailed directly to the winner via USPS or FedEx.

So, what's your favorite Mad Men moment?  How do you think the series will end?  Let's hear it in the comments, friends!  And good luck!!!  Later!
a Rafflecopter giveaway