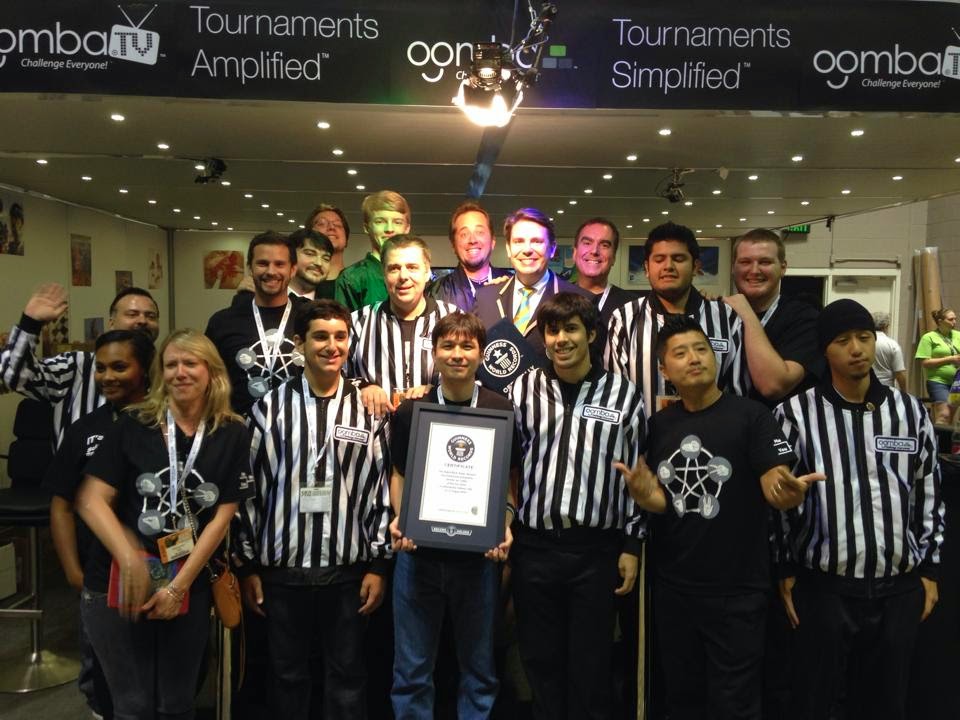 Oomba is known for broadcasting live sporting tournaments and events (including gaming) but decided to organize their very own tournament for the first time at Gen Con this year and it turned out to be a record breaking one!  Congrats to the Oomba team and congrats to all of you that participated in this year's tournament!  I'm sure they'll be back next year to try break that record again!

Posted by Metallman at Thursday, September 11, 2014