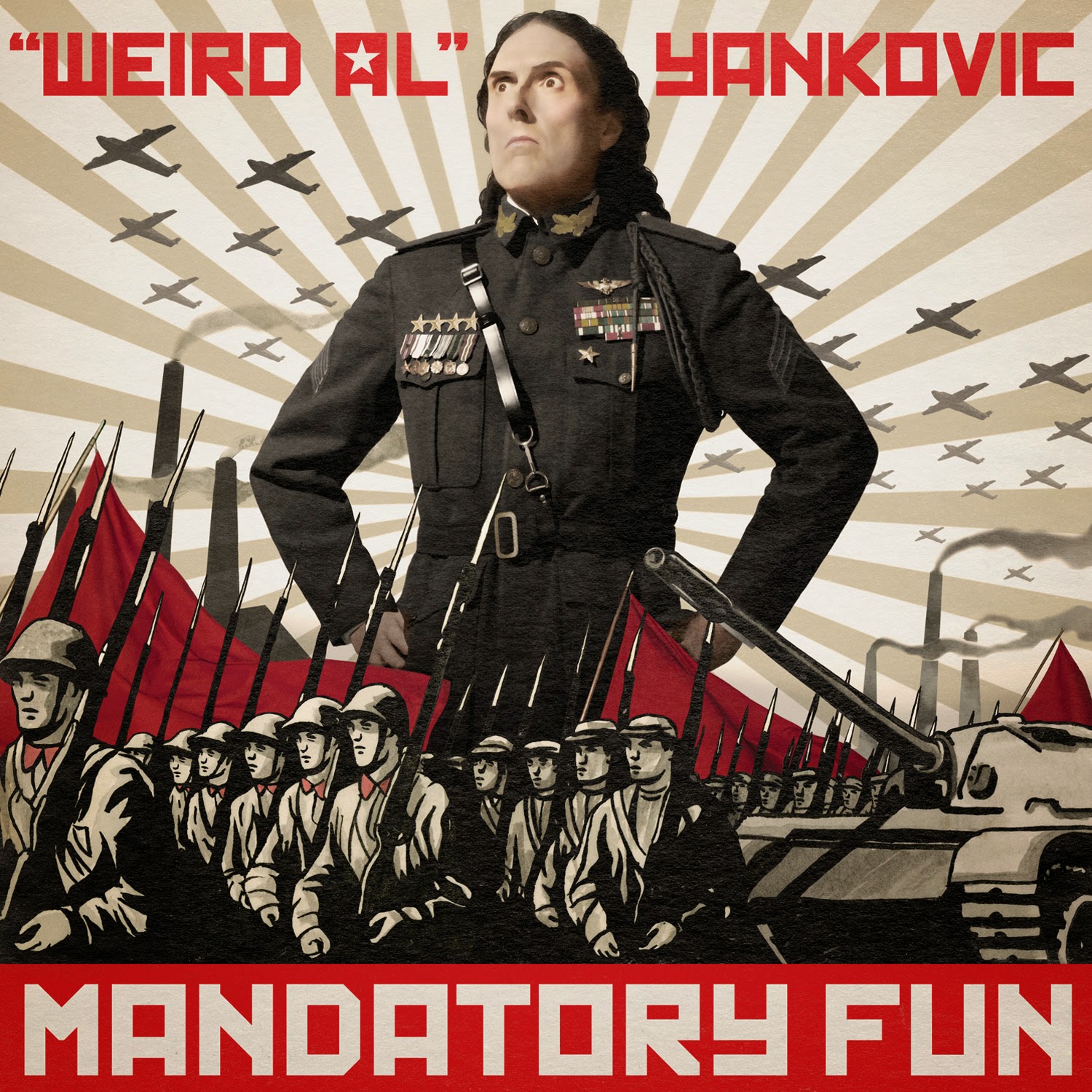 Hey there.  I've been a fan of Weird Al Yankovic since forever.  Aside from creating original music, Weird Al's claim to fame has been his own unique style of parody.  After 30 years of doing his thing, he finally hit the top of the charts with his latest album, Mandatory Fun.  That's right, friends.  Weird Al has the #1 album on the Billboard Top 200!  CONGRATS, AL!  And to celebrate, this week's Funny Friday will feature one of the many videos released to promote Mandatory Fun.  Here is Tacky, a parody of the hit song Happy.  ENJOY!  Later!