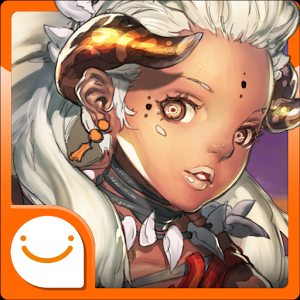 Hey there. Mobile gaming is everywhere now a days. You can play games on your handheld gaming system, smartphone, or tablet.  It's impossible not to be sucked into a complete time waster (Flappy Bird, anyone?) or get immersed in total war with others (Clash of Clans).  So when a mobile game is recommended to me, I always check it out to see if it falls in one of the above categories.  So what's my latest time waster?  Seed 4!  Seed 4 is the 4th installment in the Seed series.  I haven't had a chance to check out the previous three but I have had a chance to play this one and you know what... I'm loving it!

You see, it's tough to find a good RPG game for mobile gaming.  At least one that is new.  There are plenty of retro RPG games waiting to be discovered by a new generation, but I've been there and I've done that.  I need something new and Seed 4 gives it to me.  The premise of the game?  Monsters have invaded your village!  You need to rally the troops and protect it!  Do it with friends, do it alone, do it by training your character, do it by joining a guild.  Not only is it a great RPG, it's an MMORPG.  Refer your friends to join you and grow stronger together!

The game play itself can be a daunting at first.  Tutorial section doesn't exist so you find yourself figuring it out on your own.  After pushing a few buttons, you figure out that there are quests to do and that you can equip and upgrade equipment.  You can go against other players in PvP mode or play solo in Quest Mode.  There is also a Raid mode that I didn't have access too since I just started playing and you need to finish the quest mode to access it.  Battling monsters is fairly easy.  There is a brief description of the beast and then you can equip yourself with the best possible items to better your chance of winning.  Because of this, there is a strategic element to the game that you will need to understand to beat some of the more difficult monsters.  Attacking takes AP and troops so you need to keep an eye on your stats as you play.  You can recruit troops or you can wait for them to replenish.  Yeah, you'll recover AP and troops over time so the game can force you to put it down and come back at a later time.

The only real negative thing that I can say about Seed 4 is that it's not available for the Kindle Fire.  I tried looking for it on my tablet and I didn't see it in the app store or the Google Play store.  That was a huge bummer since I felt that being to play the game on a bigger screen would be good.  Even though it's not available for the tablet, it's runs pretty smoothly on my phone and it's easier to pick up and play practically anywhere.  This can be a huge benefit for those of us that need to have our game fix or what to maximize our gameplay by playing the moment AP is available.

If you are looking for a new game to play, you have to give Seed 4 Lord of War a try.  It's a pretty entertaining game for your smartphone.  I haven't had too much time playing so I can't give you all the details since I'm still trying to figure them out myself, but I can say that I haven't been able to put it down just yet.  Get on over to Google Play and check it out now!  Later!