Hey there.  Tired of the same old platform games.  Run to the right, jump on stuff, get powerups, and do it again for another 30 or so levels.  Don't get me wrong, some of them are down right fun and or perfect for introducing a new generation into gaming.  But what about us seasoned gamers?  What if we are looking for a something a little different from our platform games?  Well, our friends at SkyJoy Interactive asked themselves that question and created one hell of a platform game for your mobile devices in Super Kid Cannon.  It has it all:  it's free to play, it's fast paced, it's action packed, and it's family friendly.  But here's what makes Super Kid Cannon unique...  instead of going horizontal, this adventure takes you vertical.  In what can only be described as a "vertical launcher", Super Kid Cannon has you jumping from cannon to cannon, blasting your way to the top to save the damsel in distress.  Here's a brief description of the game: 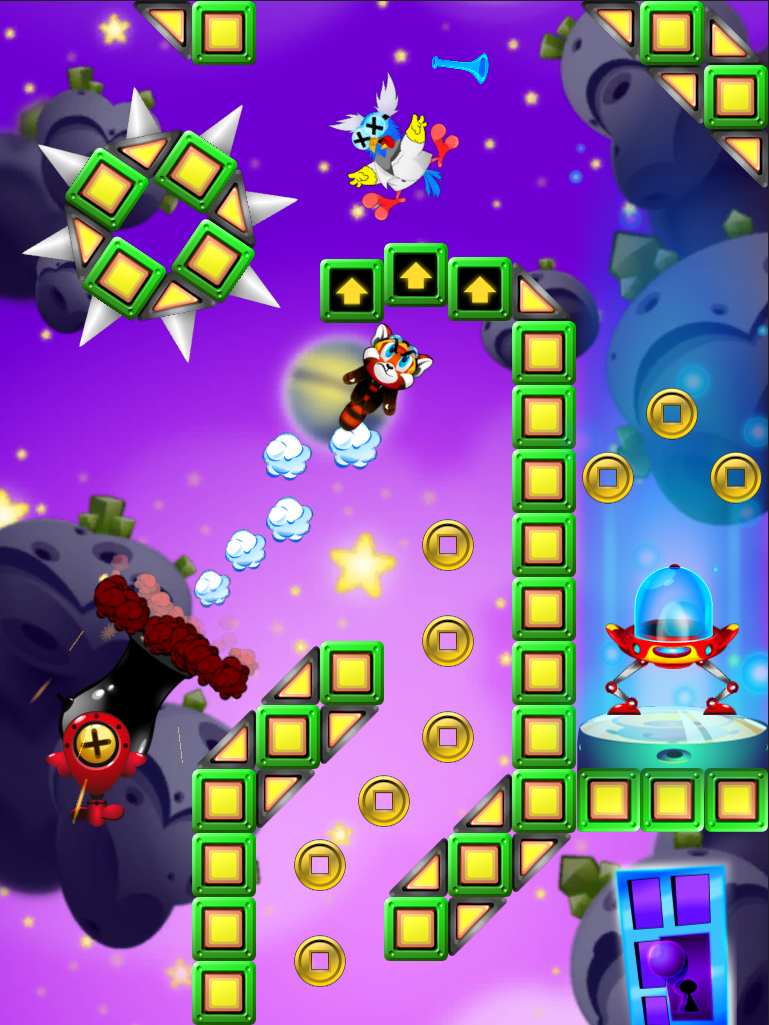 Super Kid Cannon is based on a simple love story in which, Super Kid Cannon, a heroic red panda, journeys through mystical and magical places to save his beloved Justine from the evil clutches of the despicable Kahn. It’s now up to Super Kid Cannon to rescue his love, and the affable red panda will stop at nothing to save her! With beautifully rendered worlds and environments, Super Kid Cannon takes players on an exciting ride through hand-crafted levels featuring a variety of easy-to-play mechanics.

Sounds like a great time to me.  The game will launch in New Zealand this month and will be ready for international release in March.  The game will be available for download at The App Store, Google Play, Amazon Apps, and the Windows Store.  Sounds like you'll have no excuse to not download this game!  As as an added bonus, Isai Oviedo at SkyJoy Interactive has agreed to come on our Get a Life Podcast to chat about Super Kid Cannon!  Once the details are ironed out, I'll let everyone know on our facebook page.  In the meantime, check out this exclusive trailer of Super Kid Cannon.  Later!

Posted by Metallman at Wednesday, February 12, 2014