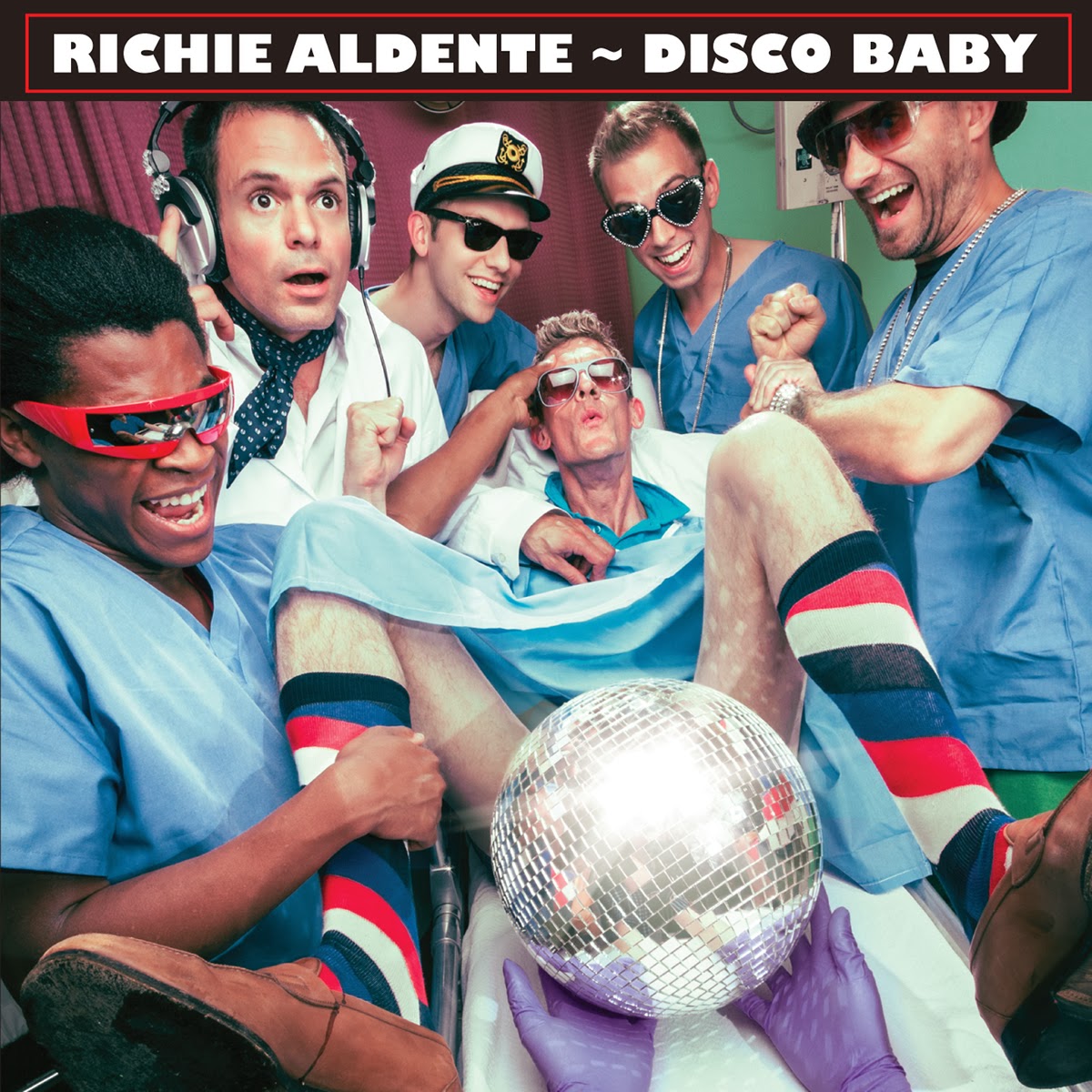 Hey there.  When it comes to music, I have a pretty wide range of taste.  Though my listening preference is centered in Rock music, that doesn't mean I don't enjoy a little Jazz , Classical, or Dance tune here and there.  As far as I can remember, I've always been open to listening to a new band just to check them out, regardless of the genre.  This is where Richi Aldente comes in.  I'll admit, I was thrown off by the band.  The band comes from Seattle, the city that gave us Grunge superstars like Nirvana, Pearl Jam, and Soundgarden.   So when I was told Richie Aldente is from Seattle, I was expecting music with Grunge influences and music with dark undertones.  Richie Aldente is far from that!  I took a listen to their sophmore album, Disco Baby, and it was nothing from what I expected.  And that's a good thing!

Disco Baby was released during the fall of 2013 to relatively positive reviews.  The music is a fresh blend of dance, rock, jazz, ska, disco, with a dash of contemporary hip hop.  Yup, like I said, I didn't expect that at all.  But you know what, the band makes it work!  To put it simply, the hooks are infectious.  Many of the songs have medleys and runs that stay with you.  Especially if you love the saxophone.  I found myself playing the track Crack Sabbath over and over. Maybe it's because I have a huge appreciation for sax players (my music teacher played the sax and he greatly influenced my love for music) or it could be that the track title, Crack Sabbath, is a play on Black Sabbath.  lol  Either way, the song did what it was meant to do and I enjoyed the hell out of it.  The album as a whole is simply just fun.  The band looks like they love to have fun.  Just look at that album cover.  How can you not smile at that?  lol  Disco Baby is definitely an album that will find a home on club DJ play lists everywhere.

Now that I've had a taste of Richie Aldente, I'm going to check out their debut album.  Again, why not?  I'm all for trying out new things and listening to new music and you never know... you may end up finding a gem of an album.  If you are looking for something new to listen to, check out this album.  You may just like it.  If you are into dance music, club music, and or simply anything that will want to make you get up and move, get this album.  You'll love it!  Later!
Posted by Metallman at Tuesday, January 21, 2014