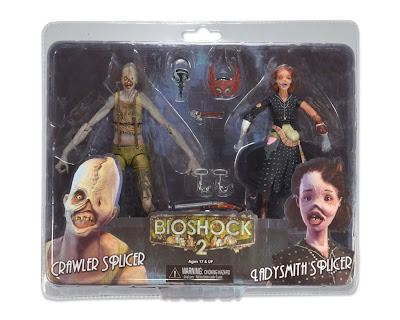 Hey there.  If you love Bioshock as much as I do, you'll be excited to know that NECA has released a Limited Edition 2 pack set of Splicers from Bioshock 2!  You can now pick up the Ladysmith Splicer and Crawler Splicer at Amazon for $34.99!  Both figures are 7" and are insanely detailed.  The Crawler Splicer comes with a hook and removable mask while the Ladysmith Splicer comes with a removable mask, a shotgun, a wrench, and a display stand.  They are perfect for the Bioshock fan in your life and the figures are so well made that you swear they took them right out of the game.  Click on the below for a better shot at the detailing.

Hey there. I love NECA. Their collectible items are some of the best items made on the planet. That's why when NECA decides to release information on a limited edition item, the world listens.  Earlier today, NECA announced that a Predator Limited Edition Trophy Skulls Pack will be released this Summer!  NECA has some pretty awesome Predator action figures that have already been released, but these Predator skulls have previously been available in various retail and convention exclusives.  Now, these 10 skulls are available for only $17.95 and as a complete set for a limited time only.  And guess what...  They are ready for preorder on Amazon!  Check em out! 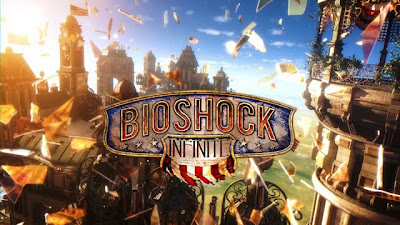 Hey there.  I've been waiting for some quality DLC for Bioshock Infinite for quite some time and today, I hear that there will be 2 DLC packs that are coming our way!  How awesome is that?!  Details and videos are after the jump! 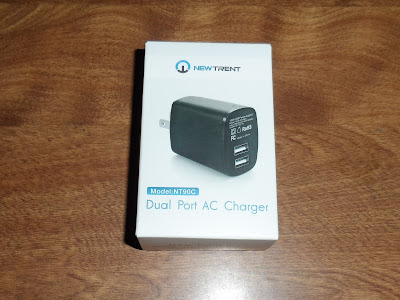 Hey there.  I've recently been accepted into the New Trent Beta Tester program.  I'm pretty excited about the opportunity to try out great New Trent products and give out reviews for them.  This is my first review for them so I'm hoping that this is the first of many.  So what was sent my way?  Our good friends at New Trent sent me the New Trent Dual Port AC Charger to try out and review!  Before we get into my experience with the charger, here are some of the specs of the device:

I'm Not Going to Gen Con Indy This Year. Unless...

Hey there.  As the title suggests, I do not plan on attending Gen Con Indy this year and I am extremely disappointed.  Gen Con Indy is scheduled from August 15th through the 18th and I was hoping that I would be able to raise enough funds to get a plane ticket over there and enjoy my 4 day press pass.  But alas, it's not meant to be.  Why?  Well... 2 things actually.  I haven't been as active as I would like to have been online these past few months due to me getting things together in my personal life.  Second, because of that, I haven't earned as much online income as I would have hoped so there simply are no funds available for me to use to get to Indy.

Hey there. Who's ready for another giveaway! This one comes from our good friends at Dragonblogger.com so this is for all of you tech enthusiasts! Enter to win a Kingston 240G Hyper X SSD Drive! These bad boys can retail close to $500 and you can enter to win one right here on Metallman's Reverie!

Sorry I Have Been MIA

Hey there.  Sorry I've been MIA recently.  I've been so caught up with work and working out that I haven't been able to carve the time to write something up and I feel completely horrible for not writing.  That's a good sign, right?  lol  No worries though.  I'm back.  I'm done with being missing and I need to get back into the swing of things and decided that a quick, "what's up", post will do it.  So what's going down?  Let's find out!

Hey there!  My good friend Justin, over at Dragonblogger.com, is hosting a video game giveaway!  The cool thing about the Dragonblogger giveaway is that there is no set game to win.  You get to pick the game!  That's right, as long as the retail price is under $60, you can chose ANY game for any gaming platform or console.  That's pretty damn awesome, right?!  You can pick anything from the recently released The Last of Us or if you have your eye on a game that is releasing in August, you can pick that too! Also, if you decide that you want Minecraft for the Xbox 360, Justin will throw in a second copy of the game, FREE!  That way you can gift one to a buddy.  Not a bad deal if you ask me.  Now on to some giveaway details.

Email ThisBlogThis!Share to TwitterShare to FacebookShare to Pinterest
Labels: Dragonblogger, Free Stuff, Games, Minecraft, PC, PS3, The Last of Us, Wii U, XBOX 360

Hey there.  I have been gone for the past week or so.  I took some much needed time off from work (both my day job and my online job) and now I feel refreshed and ready to go!  But during that time off, I decided that it's time to get back into shape.  I took on The Hero Rush and The Gladiator Rock'n Run last year and I felt like I wouldn't be able to complete those challenging obstacle courses today.  That's why, I took on the July Fitness Challenge that my wife started doing.  First off, the July Fitness Challenge is more of an Instagram thing (Follow me here).  You take a picture everyday about the topic at hand.  The thing with this one, though, is that most of it is fitness related so it pushes you to work out.  I thought it was an easy enough challenge to get back on track.  But then, the wife and I also decided to do a separate fitness challenge on the side.  You do a set of exercises every day for the month.  Check out the 30 Day challenge below: 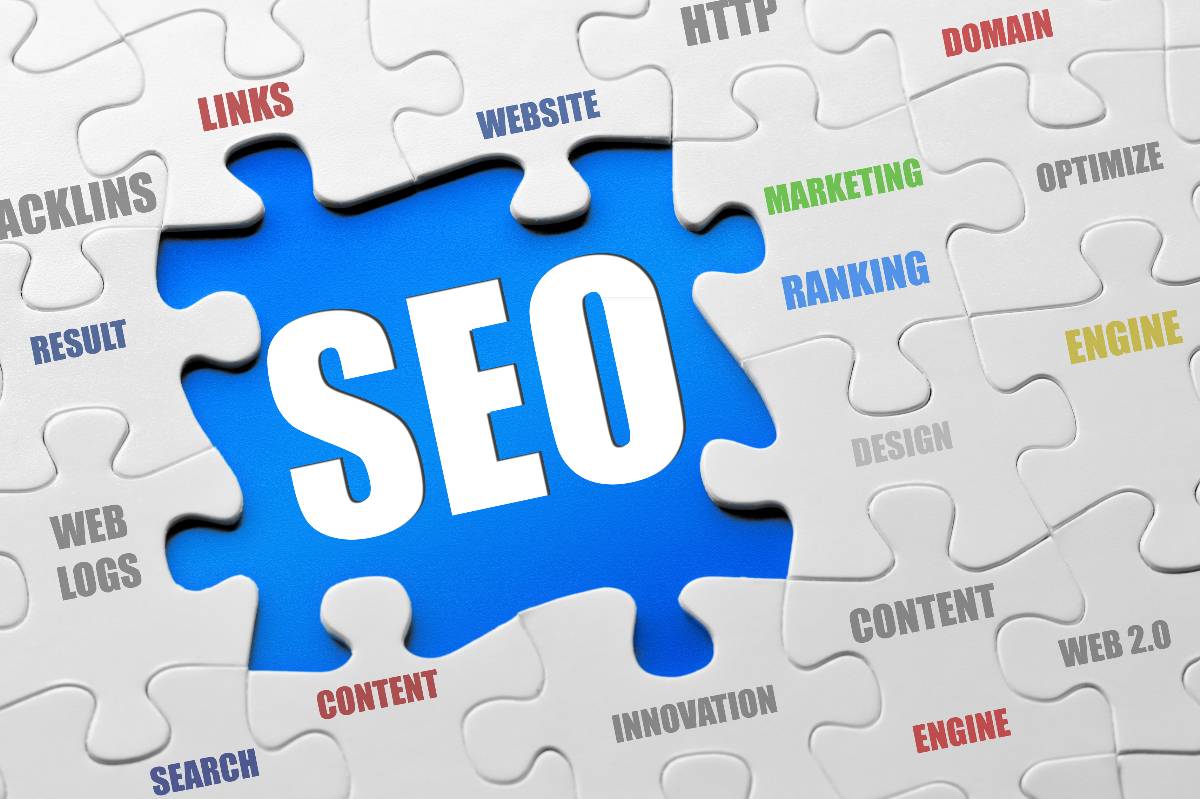 Hey there.  The rewards of proper implementation of search engine optimization practices to a website are plentiful. Good SEO makes sure that your website reaches the audience intended and performs well in search engines. However, if you are pushing a local product or service, you may need specialized SEO services from someone that understands your particular need. For example, if you are pushing a product that has a special significance to the area your are in, major wholesale SEO companies may not do the trick. Web.com local SEO services will put you in touch with the right SEO company for your website's particular needs. Sometimes dealing locally means that the company optimizing your website will know exactly what your product means to the community. This can mean getting a more specialized array of SEO that will make sure that your website ranks high in your area. After all, if you are trying to promote a product of local significance, it won't matter much if your website performs really well nationally but people next door can't find your site for anything. Local SEO services know how to overcome this and make sure that your website gets the local visibility it needs to guarantee that your business is successful.

I participated in a campaign on behalf of Mom Central Consulting for Delta Faucets. I received a product sample and promotional item as a thank you for participating.
Hey there.  I love working with my hands.  I love to take things apart, put them back together, build stuffs, examine things, etc. etc.  Whenever an opportunity arises where I can start a home project, I try to jump on it.  That's why when the good people at Dad Central and Delta came knocking with a DIY project, I just had to jump on it!  They provided me with a Delta Corrente Toilet!  Yeah!  I said a toilet!  lol  See, you don't know how important they are until it starts to act funny on you.  Let me explain.