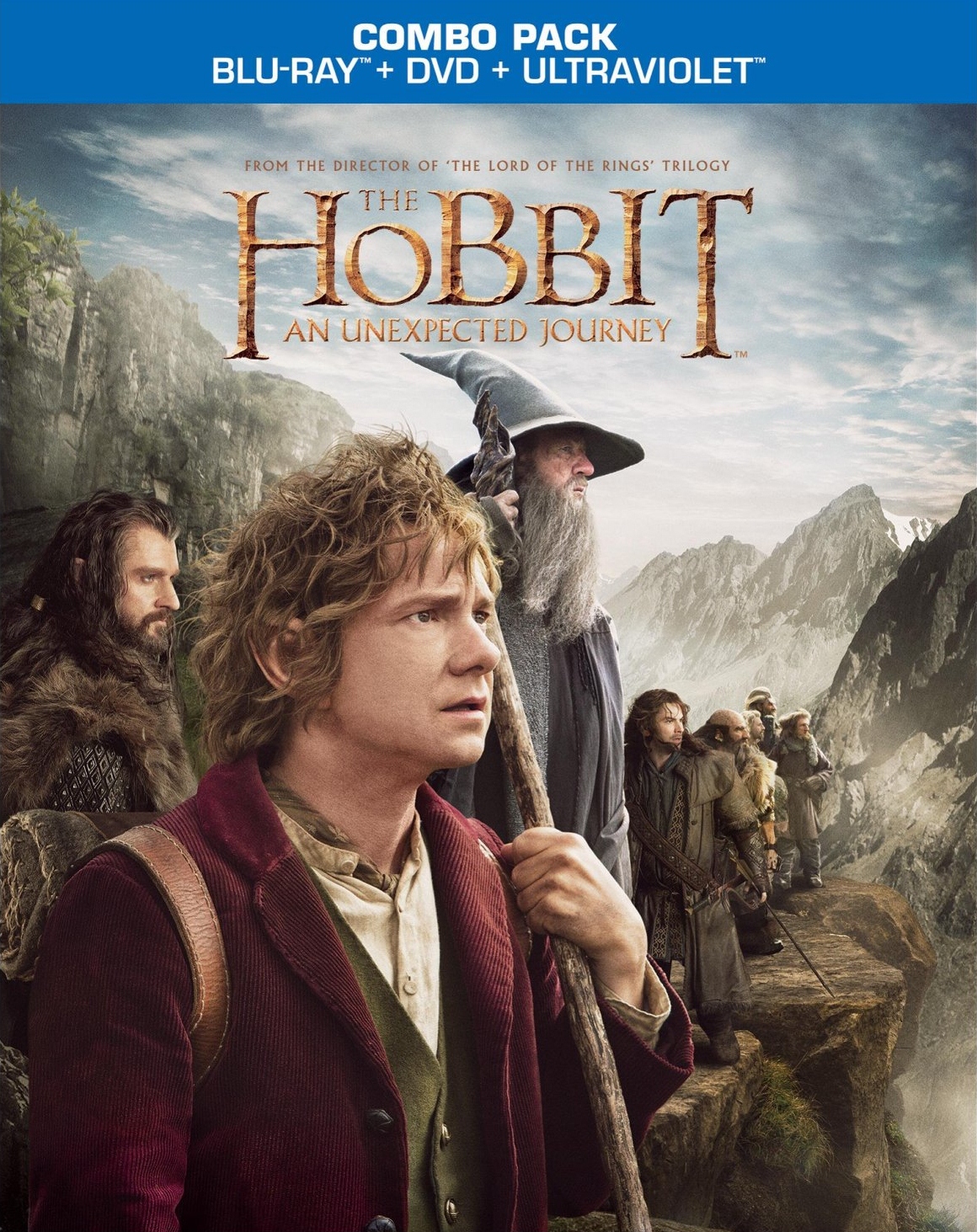 Hey there! When the Lord of the Rings trilogy was made into film, one of the first questions that came up was, "Will The Hobbit be next?!"  Last year, The Hobbit: An Unexpected Journey was released and Tolkien fans rejoiced!  It is the first in The Hobbit trilogy!  I'll be honest and say that I haven't seen this one myself, but I have heard from many of my movie loving friends that it one great film!  Now that the film will be released on Blu Ray and DVD on March 19th, I'll pick it up and catch it!  To celebrate the release, our good friends at PartnersHub has provided me a copy of the The Hobbit: An Unexpected Journey Blu-ray Combo Pack to giveaway to one of you guys!

For those of you that are not familiar with the film, here's a quick synopsis:

J.R.R. Tolkien’s epic adventure follows the journey of Bilbo Baggins, who is swept into an amazing quest to reclaim the lost Dwarf Kingdom of Erebor from the fearsome dragon Smaug. Approached out of the blue by the wizard Gandalf the Grey, Bilbo finds himself joining a company of thirteen dwarves led by the legendary warrior, Thorin Oakenshield. Their journey will take them into the Wild; through treacherous lands swarming with Goblins and Orcs, deadly Wargs and Sorcerers.

As always, all I ask is for a little reader interaction.  See that awesome The Hobbit widget?  Check it out.  You can share via Twitter, Pinterest, or Facebook check out the trailer for the film and check out some of the creatures of Middle Earth.There's also a cool Hobbit quiz on the widget.  The only mandatory entry for the film is to leave a comment with your results from that quiz.  Are you 100% Hobbit???

Now for the giveaway details.  The giveaway will be live from now until April 6th.  The winner will be announced shortly after that.  The giveaway is open to US and CAN residents only.  No PO Box addresses will be allowed.  Also, if the winner is from Canada, you may be asked to pay for additional shipping costs.  Please keep that in mind before entering.

So what do you guys think of The Hobbit?  Did you see it?  Is it any good?  Leave a comment and let me know!  Good luck!  Later!