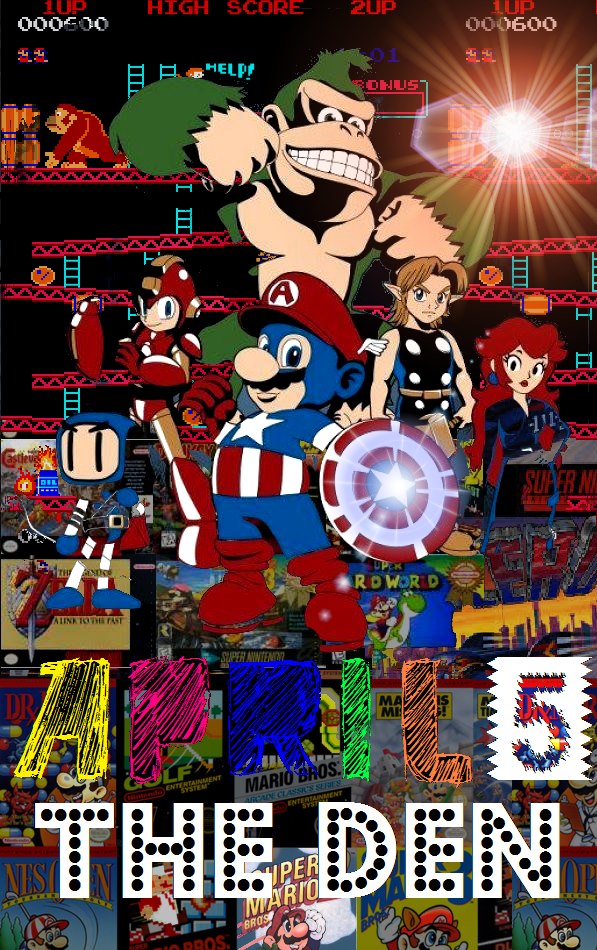 Hey there.  It's been awhile since I last had a post.  I'm sorry, guys.  I haven't really been feeling well and I couldn't muster the energy to sit and write.  No worries though! I'm back and at full strength and wanted to give you guys a heads up on what's to come.  A few game reviews are coming, in written and podcast form, a few events that I'll be covering, and I received a press pass for a gaming convention!  How awesome is that?!  Ok... so let's get into the details.  Something tells me this is going to be a lengthy post!

First off, Metallman's Reverie turns 5 on March 13th!  5!!!  I'm still trying to wrap my head around that.  Who knew that 5 years after I started this blog that it would still be around, still be updated, and actually have a small following?  I sure didn't and I'm glad that I have been able to use this blog as a means to get some thoughts on things out to the people.  And as a huge thank you, I have been giving away stuff here for quite some time now and I don't plan on ever stopping giving stuff away!  But I'm not going to lie, folks!  The majority of the stuff that I giveaway is coming out of my pocket!  I started a fundraiser in hopes of getting a some funds raised for the site. All funds will be used for giveaways, promotions, web hosting fees, podcast hosting fees, etc. etc.  In other words, all things Metallman's Reverie will benefit from you kind contributions.  And we have already had our first contributor!  A special shout out to James for donating the first $5!  Many thanks and I greatly appreciate it!!!  If you care to leave a donation, you can find the widget on the right side bar.  We started out as a humble blog and have branched out to include a podcast now.  That's pretty awesome and I'm quite proud of how far I've come.  Now... I just need to come up with something "special" to do for my 5 year blogaversary!  Any suggestions?

Keep an eye out for some game posts coming soon.  I have Mutant Mudds for the 3DS, Chronoblast, an XBLIG, and Go to Hell Dave that I will be writing a post for shortly.  I also want to mention that there will be a video game review podcast that will also be featured here on Metallman's Reverie.  My Get a Life cohost, Brian, will record the very first episode of Press Start, the video game review podcast, real soon with our buddy Luke. It will feature reviews of games that were released in the past month or so and it will also have an indie game or two to add a little spice to the show.  I'm definitely looking forward to it and you guys should as well! 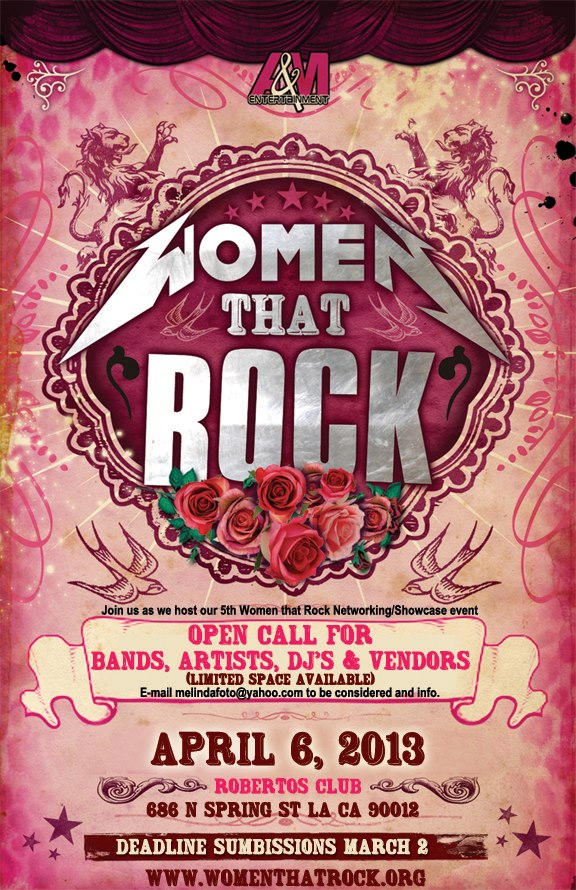 Now, I do have a few events that I plan on attending soon. The first one is a Nintendo Art Tribute on April 5th and a Rock Show the following evening.  I plan on taking pictures and covering both events here.  The Nintendo Art Tribute show is a neat idea.  From what I understand, Southern California artists will display their Nintendo themed art and the event will also have gaming contests.  You know I plan on participating in those!  lol  It's also featuring The Dharma Bums, which will play some original music as well as Nintendo covers!  I'm a sucker for live music so I can't wait to hear what they got!  As for the rock show, it's the 5th Annual Women that Rock show featuring the original members of Go Betty Go!  I'm a huge fan of live rock shows and I'm looking forward to attending this great event that will showcase, well...., women that rock!  lol  Both shows are in the Los Angeles area so if you guys want to attend, make sure to check out their FB event pages!  But I must admit...  it's not all about the music for me this time around.  My comadre, Susie Artz, will be showcasing some of her artwork.  Also, a friend of ours will be displaying her awesome cupcakes at the event!  Viva Los Cupcakes are pretty damn awesome and I've had the privilege to have more than a few at other events.  Make sure to check out those Facebook pages for more info on the events and what not!

And lastly, I received a press pass for GenCon!!!  A PRESS PASS!!!  I'm considered "the press" now!  How awesome is that!  GenCon is being held in Indiana and I do not plan on having the press pass go to waste.  It's the first time that I have been granted press access to any event and I'm pretty excited about it.  As an added bonus, my Get a Life cohost resides in Indy so I'll get to meet Brian face to face.  How awesome is that?!  We haven't talked about plans and what not but I'm thinking about doing a special podcast covering the event. Maybe it being a 4 part podcast dedicated to GenCon and it can include some of the interviews that we do with fans and special guests!  I'm excited.  I can't wait!!!