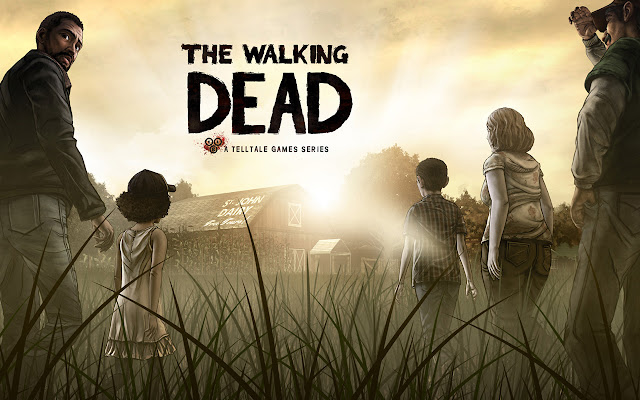 Hey there.  Who's ready for another giveaway!  I've decided that I'm going to give away The Walking Dead Game from TellTale!  If you guys have not played this game, you no longer have an excuse not to.  The complete first season (5 episodes) are now available on Xbox 360 and PS3!  Now, you too can take on the role of Lee and see what choices you'll make on your quest to keep Clementine safe and survive.  I've mentioned this game before and I've dubbed this game as the 2012 game of the year.  The game is extremely well written and the choices that you make stay with you through all 5 seasons.  It's a pretty deep game and you'll be surprised by how your decisions affect your relationship with the characters in the game.  I strongly recommend check it out.  I'm glad that one of you will win a copy of the game and experience it first hand! 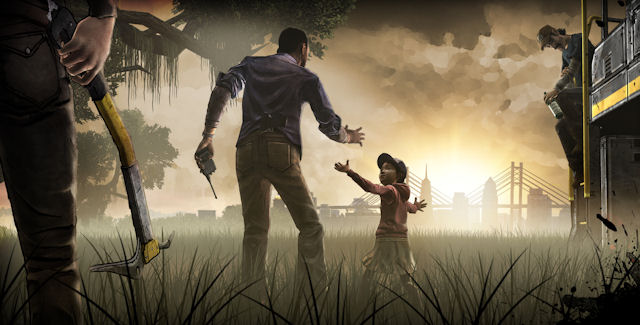 The giveaway will run from now until Jan 30th, 2013 and the winner will be announced on Jan. 31st.  The winner will get to choose the platform (Xbox 360, PS3, or PC) that they would like the game for.  The PS3 and Xbox 360 versions will only be available for US and CAN residents.  PC version is avaialble to anyone who has a Steam account.  Good luck!  Later!

Posted by Metallman at Wednesday, January 09, 2013