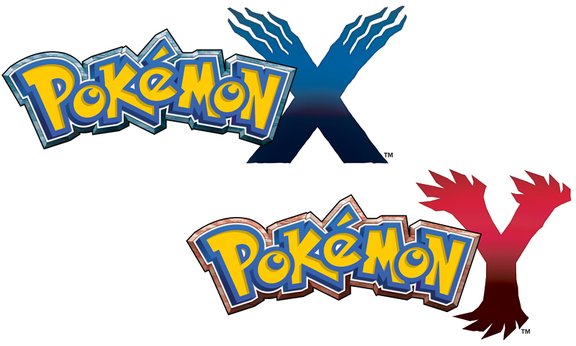 Hey there.  Get your trainers hat ready and dust off that pokedex!  Are you ready for the next generation of Pokemon!?  Nintendo announced that the latest Pokemon titles, Pokemon X and Pokemon Y, will be released for the Nintendo 3DS and will be first 3D games in the franchise!  How awesome is that?!  Nintendo promises a whole new story line and "dynamic" battles as well as a vast 3D environment for the fans to explore!  Another great thing about the October release date is that it's going to be a global release, which means that Pokemon fans EVERYWHERE will be able to start their adventures at the same time.

You know, I remember when Pokemon Red and Pokemon Blue first came out.  I had them both.  I was immediately drawn into it.  I loved the battles, I loved the RPG elements in the game, and I loved the strategy that I had to come up with to make sure I had a well balanced Pokemon team when fighting the gym leaders.  The fact that only certain Pokemon were available during "night time" was pretty awesome as well.  It was different and it was new to me and I loved it!  Also, the fact that I had to trade with friends in order make some Pokemon evolve and to collect Pokemon that were not available in my game made it a social game as well.  I'll admit that I was obsessed with it at one point.  Since then, there have been a myriad of Pokemon games. Each has their unique characteristics.  From Pokemon Battle Stadium to Pokemon Soul Silver.  Each is their own...  but I'm excited about Pokemon X and Pokemon Y.  A new story line?  Dynamic battles?  Will these be the titles that will captivate a new generation the way Pokemon Red and Blue did for mine?  We'll have to wait until October to find out!  And just in case you guys have not seen the video, check out the Nintendo Direct Video featuring Nintendo President Satoru Iwata introducing the world to Pokemon X and PokemonY!

I know that Charizard was the perennial bad ass because of the cartoon, but I would say that my favorite was Dragonite.  High HP and devastating moves!  It was one that I definitely took into battle with me time and time again.  What about you?  Did you ever get into the Pokemon craze?  Which game and Pokemon was your favorite?  Let's hear it friends!  Later!
Posted by Metallman at Tuesday, January 08, 2013