The Day I Became a Flute Player 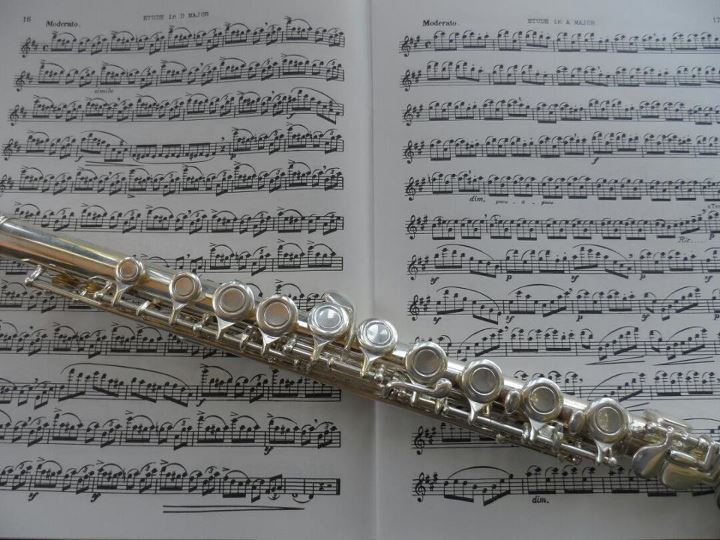 Hey there.  This weekend, while I was relaxing at home, I decided to play some music.  Not on the iPod or radio, but play a musical instrument.  Most of you already know that I play guitar.  I have both an acoustic guitar and an electric guitar.  Both are pretty special to me.  The acoustic was given to me by wife (girlfriend at the time she gave it to me) and my electric is a Kirk Hammet "Skully" (KH-602) guitar.  But I'm not here to talk about guitar, I'm here to talk about my flute playing.  That's right, I play flute.  From time to time, I managed to eek out some time to play.  Last weekend was one of those times.  I grabbed the book that I would practice out of in JR. high and high school and test out my skills.  No doubt that they've diminshed some, but after 18 years of first picking up the instrument, they have yet to completely erode.

When I was elementary, I actually liked playing the recorder.  I know that many students weren't a big fan of it and it was the school's way of introducing music to the students.  That introduction led me to become a woodwind player.  I remember taking home the recorder and the sheet music and practicing.  I would try to get my cousin to play so that we can play duets.  That didn't really go too far.  lol  But once JR High school came around, I jumped at the opportunity to get into music class.  I felt that I would be in a class where other students such as myself would be interested in learning to play an intrument. 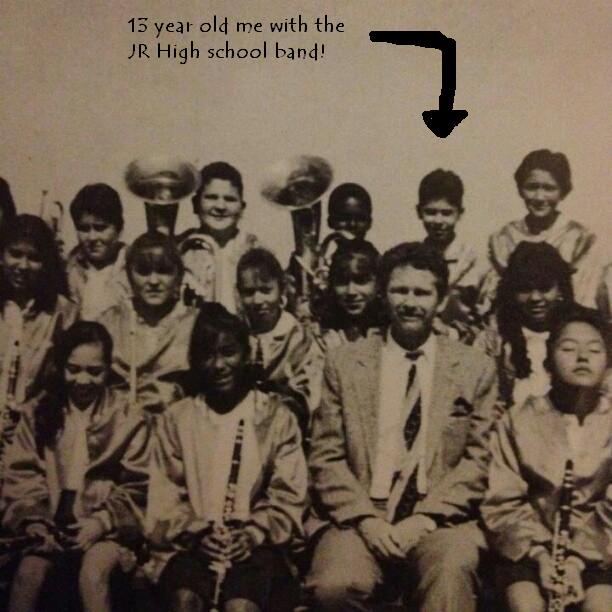 I remember walking in class, meeting Mr. McMahon, the music teacher, and excited about choosing the instrument to play.  Mr. McMahon gave us a quick demonstration of each intrument available and I quickly made up my mind that I would want to play clarinet.  Since the recorder was the only instrument that I played before, the clarinet resembled it the most.  My mind was set.  I was ready.  I leaned over to my best friend and told him what I planed on picking.  His initial reaction?  "No, man.  Look at the flute!  It's shiny!"  I looked at it... hmmm...  it was pretty shiny.  Ok, I'll go with the flute.  And that, my friends, is how I became a flute player. lmao!

I chuckle at that story because you want to believe that boys are smarter than to be attracted to shiny things, but in this case... the flute's shinyness got the best of me.  lol  I sometimes think back at that exact moment and wonder how my musical career would have turned out.  When I decided to play flute, I took my drive to be the best that I could possibly be.  Mr. McMahon's instrument of choice was the flute and he would practice daily.  I soon joined him in those daily practices and before long, I started to play advance music and advanced duets with him.

Those extra sessions definitely helped hone my skills since they served me well in high school.  The music director, Mr. White, would push me to better my skills.  Mr. White was great at pushing students to do their best.  He is a fiery individual, to say the least, and if he saw talent in you, he expected that talent to come through each and every time you picked up your instrument.  Under his direction, I improved tremendously.  Everyone did.  It's no wonder that that high school band was full of young and talented musicians, so I felt extremely honored when he asked me to participate in scholarship program.  It would be the first time that I would be judged for my playing.  An inner city child, giving it his all, and, if I remember correctly, I ranked second in that event.  I managed to snag a small scholarship for music classes from the Los Angeles Unified Schol District.  That's one of my proudest moments as a student and as a flute player.  And to think... it all happened because it was shiny.  lol  Later!

Posted by Metallman at Thursday, September 13, 2012