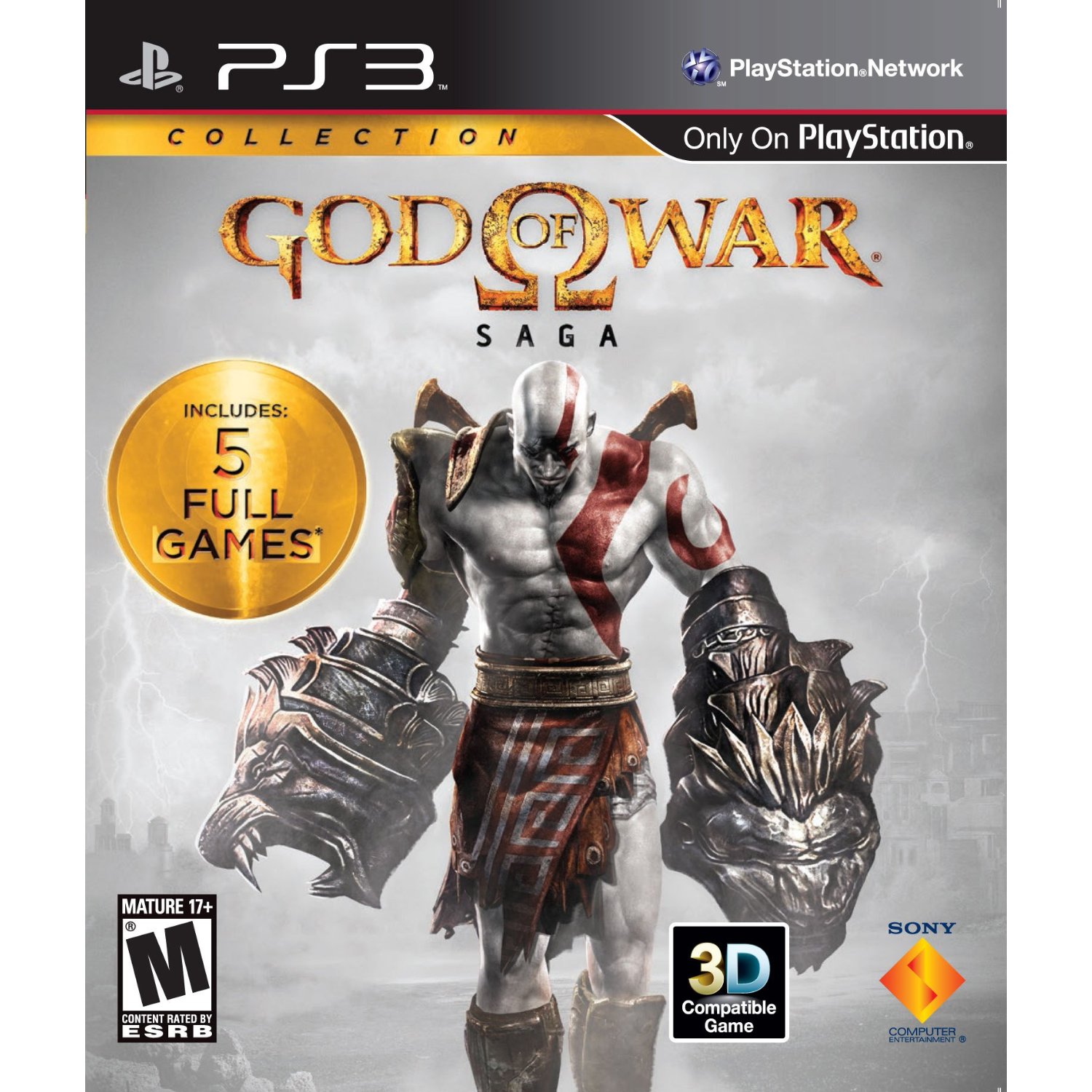 Hey there. Time to announce a winner of the God of War Saga giveaway!  This was one of the more popular giveaways that I've had and it just comes to show that Kratos is one popular character.  I asked what God of War games you guys have not played and it's pretty clear that most of you have played them all.  If anything, the PSP titles were the ones that didn't get as much play time.  Anyways, time to announce the winner!  And the winner is... 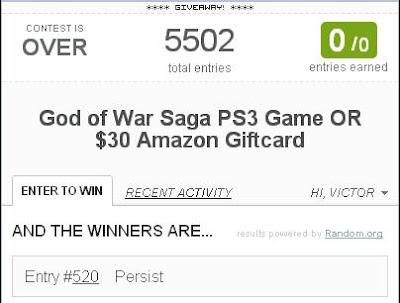 PERSIST!  Congrats!  I have already reached out to Persist via Email and will have until the end of the 15th to respond.  If Persist does not respond, I will be forced to pick another winner!  Thank you for entering.  Make sure to stick around and check out my other giveaways!  Later!
Posted by Metallman at Monday, September 10, 2012