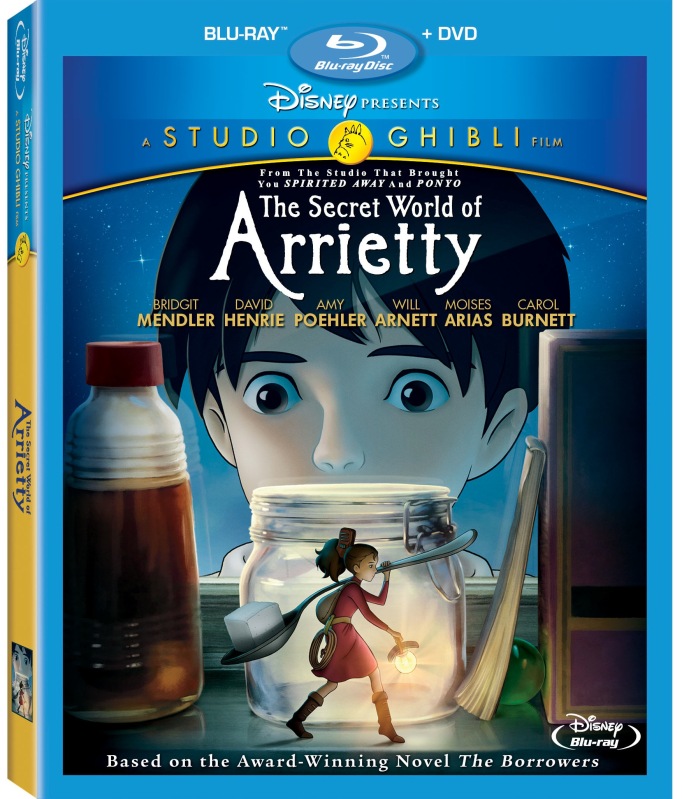 Hey there.  It's time to announce the winner of The Secret World of Arrietty blu ray/DVD 2 disc combo!!!!  I'm a huge Studio Ghibli fan and I'm sure that those of you that entered to win this film are as well.  The comments on your favorite Miyzaki film varied but I think that Princess Mononoke may have taken the cake as Metallman's Reverie's readers favorite.  Great choice, friends.  Now, on to the winner.  And the winner is... 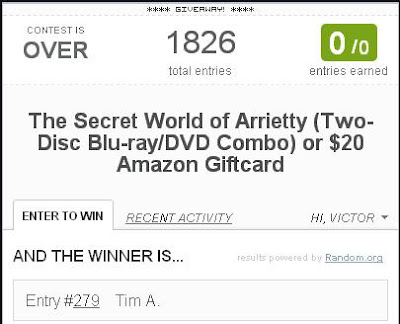 TIM A!!!  You are my winner.  CONGRATS!!!  I have already reached out to Tim and he has until the end of June 26th to respond or I will be forced to pick another winner.  Thank you all for entering and stay tuned.  Another great film will be up for grabs shortly!  Later!
Posted by Metallman at Thursday, June 21, 2012