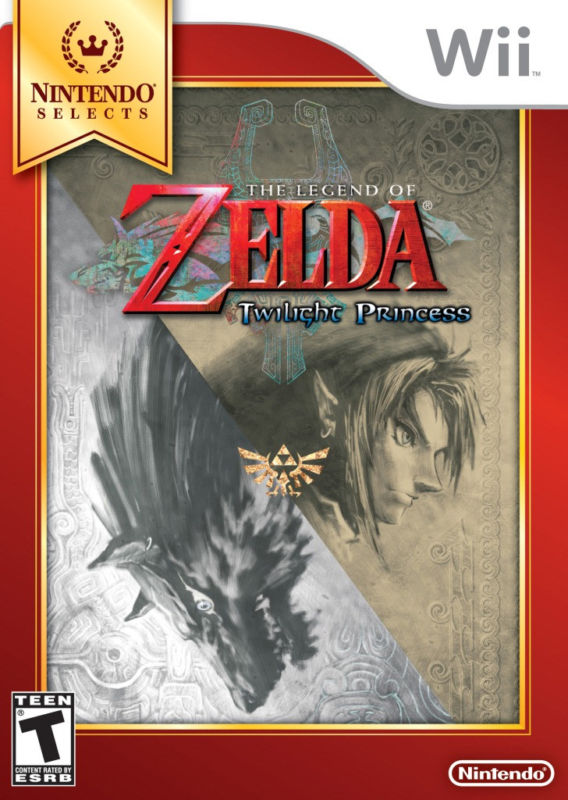 Who's ready for another giveaway?  I've been on a recent Legend of Zelda binge.  I got all nostalgic and watched a few video of The Legend of Zelda: Ocarina of Time (my all time favorite Zelda game) and started going down some top 10 best "whatever" Zelda stuffs.  Then I got to playing Zelda music on the flute and guitar.  Yeah, I play flute.  Classical status and all.  So what?!  lol  Anyways, I told myself that I would get around to playing Twilight Princess before getting to Skyward Sword.  So I decided that for those of you that need to catch up, like myself.  I'll give away The Legend of Zelda: Twilight Princess (Nintendo Selects) for the Nintendo Wii.

I am going to change it up the giveaways a bit, though.  I'm going to give the winner a choice.  They can either select the game as their prize or get an Amazon gift card.  I would rather send out the prize (cause there's a chance the winner will send in a pic) than to send a gift card so the gift card will be less than the retail value of the prize.  The amount of the gift card ups for grabs will be on the rafflecopter prize description so it will be as plain as day to see. Sounds fair?  Good!  Glad you guys agree.  This also opens up the giveaway to anyone since they can opt for the gift card prize.  So there you have it!  Good luck friends.  The giveaway will run from now until June 10th and the winner will be selected on June 11th.  Later!

Cant wait to see if you win?  Want to buy the game and enter for the giftcard?  You can get the game at Amazon for the below price!