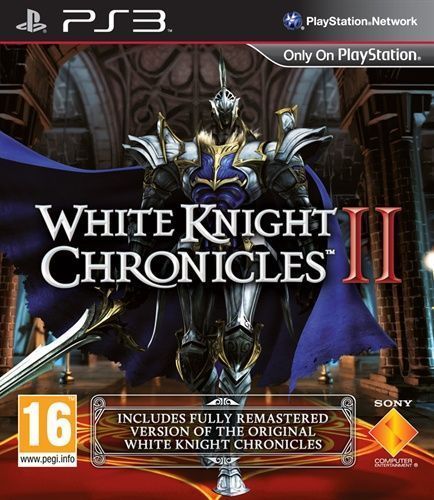 Who is ready for the next giveaway!?!  Enter below for your chance to score White Knight Chronicles 2 for the PS3!  Here's the game's description:

From Japan's top developer Level 5 come an epic high production RPG with stunning visuals and over 30 hours of original gameplay. This follow up to the original White Knight Chronicles includes new features fans demanded and the return of its signature combination of single and multiplayer role playing. Experience the thrilling finale to the epic battle between light and darkness and awaken to your true calling as you unlock the true powers of the Incorruptus, a giant powerful knight from the ancient Dogma wars.


Hurry!  It's a short month.  Winner to be announced on March 1st!

This giveaway was made possible in part by donations from the following awesome people:
AIDY Reviews a Rafflecopter giveaway
Posted by Metallman at Thursday, February 16, 2012