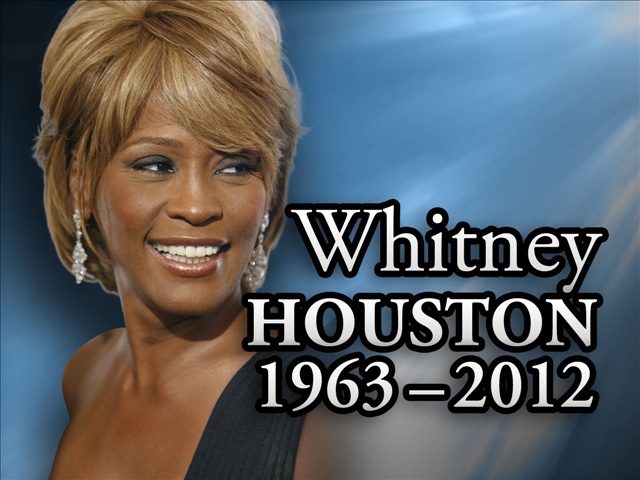 Hey there.  Saturday afternoon, the world lost one of the greatest voices we have ever heard.  Now, I'm not going to say that I'm the biggest fan... because I'm not.  I know of Whitney Houston because of some of her misguided decisions involving drugs (crack is whack), her marriage to Bobby Brown, and The Bodyguard.  Let's be honest here, anyone that has ever heard of Whitney Houston knows her from one of those three things so when news broke out that she passed away, almost everyone was in some way shape or form, affected by it.

Whitney Houston was found dead in her Beverly Hills hotel room on Saturday, Feb. 11, 2012 at approx. 3:30 pm.  She was 48.  At the time, Twitter was blowing up with the news and that's how I found out about it myself.  My immediate thought was that she overdosed on drugs.  It sucks to say that that was my first thought, but knowing that Whitney had a drug problem at one point in her life immediately triggered the thought of an overdose.  It turns out that assumption may be correct.  She was found in her bath tub, submerged under water.  There is no evidence of foul play and there have been reports that many bottles of pills were found but no many pills.  This leads many to believe that she may have overdosed and possibly pass out in the tub.  Ultimately, causing her drown.  The toxicology report will be the end all of all the speculation and that won't be ready for another 3 weeks or so.

Whitney Houston has always had a great voice.  Even though she had numerous hits, her cover of, I Will Always Love You, from The Bodyguard's soundtrack, is arguably her most well known song.  Her marriage with Bobby Brown is well documented as being detrimental to her health.  Allegations of drug abuse and physical abuse plagued their marriage.  As a form to dissolve some of the heat on her drug abuse, Whitney Houston was captured saying, "Crack is whack".  No one took it seriously.  It was definitely a sad time during Whitney's life.

I know that there are many tribute posts to Whitney and there will be many more to come.  Being a fan of music, I want to make sure that I pay my respects to a great voice that will now resonate through the heavens.  RIP Whitney!  Later!