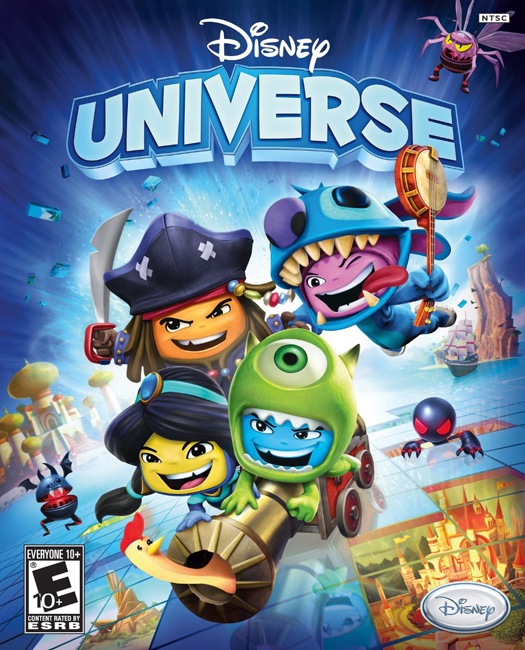 Are you ready for another game giveaway?  Of course you are!  Next up is Disney Universe!  Here's the scoop.

Disney Universe is an off-the-wall non-stop action adventure where Disney worlds and characters mix up for the first time. Suit up in iconic costumes and face challenges in legendary Disney worlds. Defeat enemies, collect coins and powerups, unlock new costumes and explore with friends as you battle in a mix-up of worlds inspired by numerous Disney and Pixar films. Suit-up for action as more than 40 classic and contemporary Disney characters including Alice, Mike, TRON and Stitch. Mischief, magic and mayhem reign as players explore 6 different worlds inspired by Disney and Pixar films. Team up with up to four friends to solve puzzles or defeat enemies or toss your friend into trouble!

The winner will get to chose the game for either Wii, Xbox 360, or PS3.  Enter using the rafflecopter widget!  Best of luck, friends!  Winner will be announced on Jan, 1st! a Rafflecopter giveaway
Posted by Metallman at Friday, December 16, 2011