Introducing the "Thoughts on..." Series 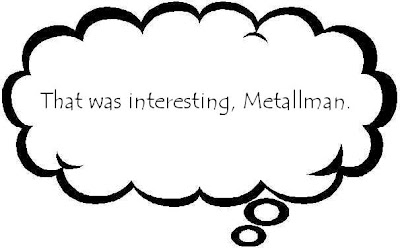 Hey there.  I watch a lot of movies and I love catching some of the more under the radar type films.  I'm more inclined to watch Asian horror films (my favorite) but I also try to catch some American horror films... regardless of how bad they are.  My problem?  I want to tell you, my readers, about these films but you know what my problem is?  I give too much away.  I can't do a review of the film because it's less of a review and more of a synopsis.  So I decided that I'm no longer going to do review type posts but instead do a "Thoughts on..." post.  This way, I'll tell you guys, right off the bat, that there will be spoilers because I want to convey my thoughts on the film.  What worked, what didn't, was it awesome, was it awful, and anything else that came to mind while I was watching the film.

It's been quite some time since I did my last film review and the reason why I felt reserved in doing more was the fact that I pretty much gave it away and churned out a post that had little to no conversational value.  With this "Thoughts on..." format, I am giving my interpretations, giving you the opportunity to agree, disagree, or see the film in a whole new light.  I figure that this would provide a more post that is engaging.

With that being said, I plan on getting the first one out sometime next week!  And the movie is...  Ichii the Killer! Watch it now, friends so that we can talk about it next week.  Later!
Posted by Metallman at Thursday, August 25, 2011

Email ThisBlogThis!Share to TwitterShare to FacebookShare to Pinterest
Labels: Movie, Review, Thoughts On...