Hey there.  I recently received this from my recent winner, Dan.  He was the lucky one that scored the Assassin's Creed: Brotherhood game for the Xbox 360. 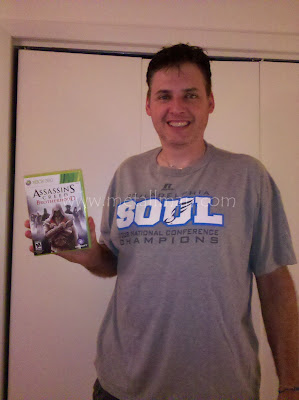 Awesome pic, Dan.  Hope you enjoy the game.  It's one of the best in the Assassin's Creed series and it should get you ready for the new one coming out, Assassin's Creed: Revelations!  Thanks again for participating and once again...  CONGRATS!