Are You Ready for Some Football?! NFL PreSeason Starts Tonight 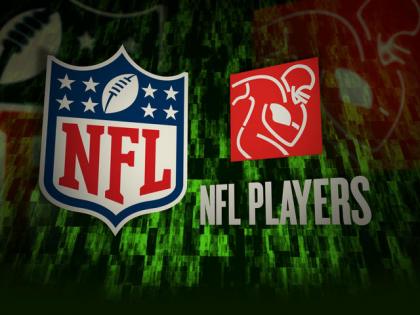 Hey there.  Finally, after almost 6 grueling months since the last meaningful football game took place, the NFL is back and the players are eager to get on the gridiron.  The spring brought about the NFL lockout when the owners and the NFLPA could not agree on a collective bargaining agreement and the summer brought about some nervous jitters.  But after all is said and done, we are ready to play some games and the fan could not be happier!

Tonight marks the first night of preseason games in the NFL and I am ecstatic.  I am a huge football fan and I partake in fantasy football games and when the lockout threatened the NFL season, I damn near had a heart attack.  lol  I just don't think I can survive without my NFL. And just a FYI, my NFL team is the Oakland Raiders.  I've seen them go from awesome to bad, from Super Bowl participants to JaMarcus Russell.  Regardless of how they are doing, the silver and black flows through these veins and I stand by my team.

Tonight's game against the Arizona Cardinals will show us how much they've fallen (or improved) since the Raiders lost some key players to free agency.  CB Nnamdi Asomugha and TE Zach Miller lifted the team when they needed a boost and now both are gone.  QB Jason Campbell started off shaky last year but finished strong so I'm hoping he'll continue to ride the high of last year's finish.  1st year Raider head coach Hue Jackson has his work cut out for him but I am excited to see how the season will play out.  Especially since the Raiders were undefeated in their division and still managed to miss the playoffs!  But us Raider fans take solace knowing that for the time in about a decade, we did not finish the season with a losing record.

Thank you NFL.  I have the beer in the fridge and the hot wings have been ordered.  It's only Thursday but soon enough, Sunday's will belong to the NFL and I simply cannot wait!!!  Later!
Posted by Metallman at Thursday, August 11, 2011