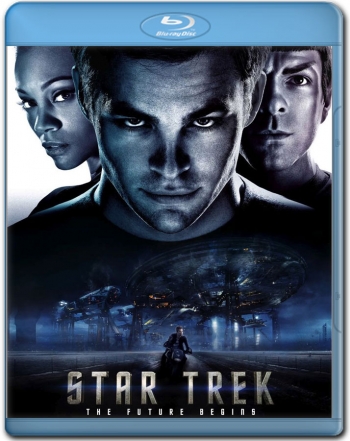 Hey there. Are you a fan of the Star Trek series? Then you're in luck because I am giving away a brand new copy of the Star Trek movie, directed by JJ Abrams starring Chris Pine!  Follow the adventure of a young Spock and Kirk.  The film is a must have for Trekkies everywhere and is one of the highest grossing Star Trek films.

So how do you enter? The same as all the other Metallman giveaways!  Here are the details:


Easy enough, no?  So what's your favorite Star Trek show?  I think that Star Trek: Voyager would be my favorite and I know that I would fall in the minority in that one.  I think it's because that's the only Star Trek show that I actually sat through and watched.  Let's hear it friends.  Later!
Posted by Metallman at Friday, July 01, 2011