Breaking In a Baseball Glove Before the DTK Season Starts 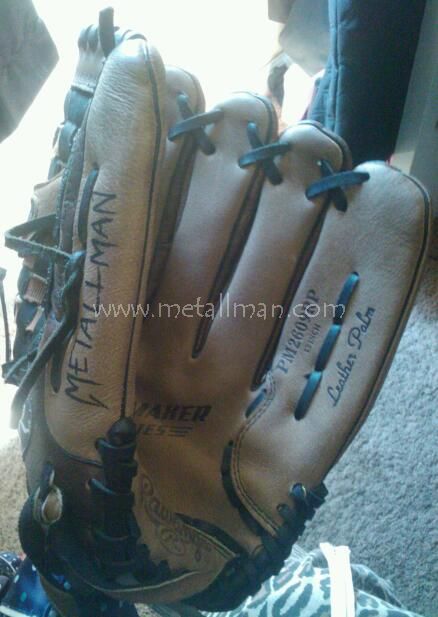 Hey there.  I took baseball/softball a few months ago and I'm still learning the ins and outs of being on a team.  Small, quirky things still slip out like calling innings quarters and getting confused with other baseball lingo.  Most of the guys and gals on the team are seasoned players.  They've played on a team at some point in their lives so they have the mechanics down.  I've never played on a baseball team, I don't watch baseball at home, so I just don't have the knowledge and know how just yet.  And yesterday, during practice, I learned that I need to get my baseball glove game ready.  I need to break it in.

Now... I've never owned a glove before and I didn't know that you had to break it in.  Why the new development?  Every freakin' ball that hit my glove would fall right out.  It was a weird thing to see and it was beginning to frustrate the hell out of me.  Balls would hit the pocket of the glove and and they would slip out after "catching" them.  At one point, I slammed the glove on the ground because I just couldn't believe how many easy ones I was dropping.  How can my teammates count on me when I am dropping about half of the passes thrown my way?

When practice was over, I walked over to my bro and showed him my glove.  He took one look at it and said that my glove is too smooth and it's almost "like silk."  It was tossed around to a few teammates and they all said that I need to break it in.  "Rub oil in it", "place a softball in it and wrapped it with rubber bands", "put a ball in it and place it under your mattress" were some of the suggestions that I received from my teammates.

So my question to you is, what is the best way to break in a glove?  From what I've read, continuous use is probably the best way to go but considering that our season starts tomorrow night, I need to have my glove game ready now. 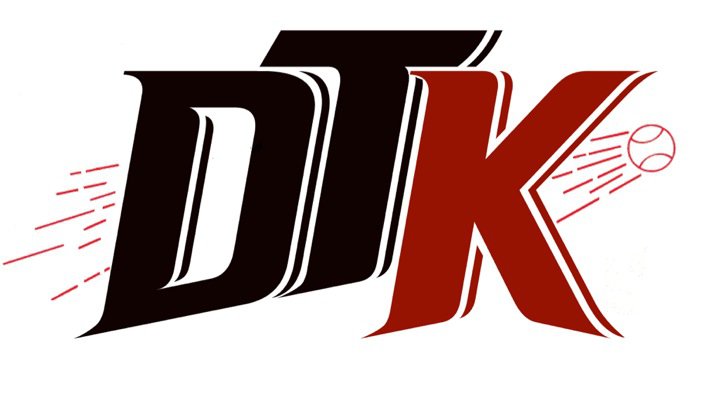 And for those of you that still don't know, the team name is Down to Strikeout (DTK) and we finally have a team logo!  Check it out and let me know what you think.

Also, we're in need of some decent equipment (helmets, cleats, tourney fees, etc. etc.) and if you have a buck or two to spare, the team will greatly appreciate it. Please use the donate button on this post so that all donations go to the DTK fund. We're still trying to get a good spot to practice (where they won't shut the lights out on us) and we're also looking into getting a hitting T as well.  We don't have a facebook page or anything yet but we're working on it.  It is our first year together so we're hungry and eager to show the league that the new kids on the block are some serious business!  Later!