The Rise of American Soccer in the United States 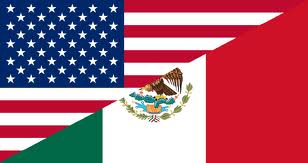 Hey there. I love sports. I'm also Mexican American. So when both countries end up going against each other, who should I root for? It's a common dilemma for many Mexican Americans out there. My parents were born in Mexico and I in the US.  I'm a first gen American in our family.  You want to root for both countries. You want to go show pride and acknowledge your roots but you also want to show pride for the country of opportunity. Why the question? Soccer. Yup. Soccer. lol

See, I've never been an avid soccer fan. I played the sport as a child and I watched my dad play in a local adult league as a kid. But as I got older, the more "American" sports grabbed my interest. I love basketball and I love football and I follow those sports closely.  I usually know what's going on when conversation starts up about those 2 sports.  But soccer?  Not so much...  BUT!!!  I've always loved the World Cup competition.  I've been watching that for quite some time and I love the competition between countries.  The world loves soccer, but America loves competition.  So when the Americans are the severe underdogs in the sport, the country seems to tune them out.  But you know what... That hasn't been the case these past couple of years.  The MLS (Major League Soccer) is growing stronger, the American national team is showing improvement, and there is more soccer being shown on American television.  The sport is finally getting some American attention.

Last weekend, I did something that I haven't done in ages.  Actually sat down and watched soccer on TV.  The CONCACAF (no idea what that stands for but I know it's a North, South, and Central American league type competition) is in the playoffs and the American and Mexican team are making a push to meet in the finals.  Mexican American.  Both teams are in the semi finals and we'll know the outcome of the semi matches later this evening.  It is a strong possibility that both the Mexican and American teams will meet this Saturday for the CONCACAF Gold Cup trophy.  If that happens, who should I root to win it all?

I'm more inclined to cheer for the American team while the rest of the family will be cheering for the Mexican team.  My mother in law was already sporting her Mexican team jersey this morning.  She's ready to go and excited to watch the game.  Me?  No jersey.  I'm not at that fan level just yet.  But if the Americans do go on and win this tournament, what will it do for soccer as an American pastime?  The soccer team is no longer a pushover and has been favored in many matches.  America likes a winner and the American national soccer team is winning.  Right now, many sports fans will only acknowledge 4 major sports leagues.  The NBA, NFL, NHL, and MLB.  Will MLS finally break though the ranks of a "novelty league" and reach the big boys as well respected league?  Probably not, at least... not just yet, but as for the rest of the Americas, the Americans are now becoming a formidable foe.  Later!
Posted by Metallman at Wednesday, June 22, 2011