A Place to Find Cheap Seats 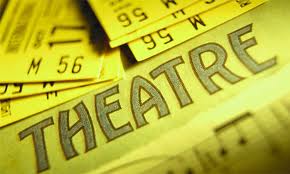 Hey there.  Things are finally starting to look up.  The economy is crawling in an upward trend and I have decided that I want to treat the family out to an event.  The problem that I'm having is finding tickets at a resonable price.  Hey...  just because things are looking better doesn't mean I want to spend an arm and a leg to entertain my family.  lol

Anyways, I was thinking of maybe getting something like some Mary Poppins Tickets but I wasn't so sure if the oldest child will want to go. He's a preteen and you know how that goes...  If it were up to me, I'd grab some Lewis Black Tickets or maybe even some Dave Matthews Band Tickets.  I love Lewis Black's comedy and Dave Matthews band reminds me of my time in the high school band, but I'm not so sure that the kids would enjoy it much so I've ruled those out.  I've been wanting to take the kids to a Metallica concert, but that's not gonna happen anytime soon.  We'll more than likely end up at LegoLand or Universal Studios this weekend.

The wife and I have been on a mission to open the kids up to new things.  I'm glad that they are showing a strong interest in music and that is why I'm leaning more towards a concert tickets than show tickets.  I even considered getting some Million Dollar Quartet Tickets to expose them to some retro rock and roll.  lol

I know there's all sorts of attractions that we can do as a family but I'm trying to think a little outside the box and try something new.  What kind of things do you do with the family?  Especially during a holiday weekend.  Later!
Posted by Metallman at Thursday, May 26, 2011