Hey there friends. Here is the game up for grabs: 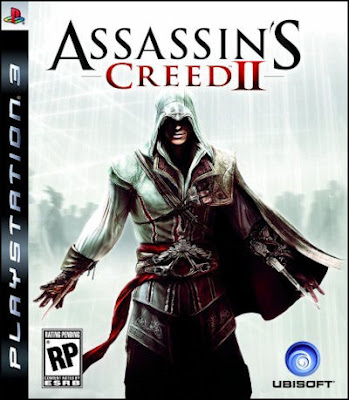 How do you win this awesome game for the PS3?  Here are the rules:


Open to US and Canadian friends only.  Give-a-way will run from the 15th of the month until the end of the month.  The winner will be announced shortly after the give-a-way ends.

For those of you that gain additional entries by sharing or subscribing, you only need to leave 1 comment for each.  I will keep tabs of the additional entries on a spread sheet so there is no need to leave 5 comments for subscribing or 3 comments for sharing.  Please provide url for your tweet, facebook profile, or stumble profile in the comment to confirm.  Thanks.

ASSASSIN'S CREED 2!   This installment of the Assassin's Creed series is still considered to be one of the best of the series.  It greatly improved the game play, visuals, and overall awesomeness from the first Assassin's Creed and you can get it for free here!  Considering that there has been issues with the PSN, I tried to go with a more single player friendly game.  It's visually striking and the story will definitely keep you intrigued.  Best of luck friends!
Posted by Metallman at Sunday, May 15, 2011