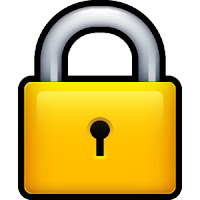 Hey there.  Computer at work is busted and the IT people have no clue what's wrong with it.  From what I know, there's no viruses or malware, but someway, somehow, all my document's extensions were changed to ".Encrypted".  And the crazy part is that it's baffling the IT dept.  From what I'm being told, no one there has experienced anything like it and their best "guess" as to what may have happened is that I was a victim of a "drive by encrypting".  lol  As in, something invaded the computer, encrypted my files, and then deleted itself.  If that's really what happened, it sounds like it's just some plain old malicious stuff.  I don't see any gain whatsoever for the created of said malware.  All my files are encrypted and I cannot access anything.  Not even my archived Emails which is going to be a pain in the ass for me to recover from since, believe it or not, I still go back and look for Emails that were sent back in 2007 or so.  If it comes down that all the files are lost, the boss will definitely not be happy.

I'm going to get a "new" computer and start from scratch while IT find out if they can recover any of my stuff.  Best of luck with that, friends.  Have you guys heard of anything that seems to encrypt your files without warning???  Later!
Posted by Metallman at Tuesday, February 08, 2011