My Love for Horror and Disturbing Films 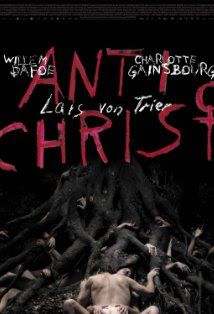 Hey there.  I don't watch as many movies as I would like to.  Don't get me wrong, I do watch plenty of movies, but rarely do I come across that gem that makes me go, whoa.  Movies like Jack Ketchum's The Girl Next Door or 3 Extremes are movies that I not only enjoy watching but highly recommend that people watch them.  These are not films that one would describe as "good".  I would describe them as "wow" or "damn".  A movie that can stir inner emotions is definitely one that is worth the time to check out.  And with that, I came across a list of "disturbing" movies that I definitely want to check out this year.  The quick synopsis are all from IMDB.com

Persona (1966)
A nurse is put in charge of an actress who can't talk and finds that the actress's persona is melding with hers.

From what I hear about this film, it is more than just a nurse and an actress flick, but more about human nature and the submerging of one's self into another.  Definitely has my attention.

Human Centipede (2009)
A mad scientist kidnaps and mutilates a trio of tourists in order to "reassemble" them into a new "pet"-- a human centipede, created by stitching their mouths to each others' rectums.

Gomorrah (2008)
An inside look at Italy's modern-day crime families.

Imagine that all we know about mobsters has been watered down.  This film shows what it really is.  From what I'm told, Tony Montana has nothing on this family.

Brazil (1985)
A bureaucrat in a retro-future world tries to correct an administrative error and himself becomes an enemy of the state.

I don't know much of this film other than it's one that I should watch.  Therefore... it's on the list.  lol

Antichrist (2009)
A grieving couple retreats to their cabin in the woods, hoping to repair their broken hearts and troubled marriage. But nature takes its course and things go from bad to worse.

This might be the first one I see this year.  The movie has feelings, emotions, and human nature all wrapped in love and lust.  I'm already wondering if this one is on Netflix's instawatch.

Martyrs (2008)
A young woman's quest for revenge against the people who kidnapped and tormented her as a child leads her and a friend, who is also a victim of child abuse, on a terrifying journey into a living hell of depravity.

When I read, "this movie is one that you wish it would end as soon as the the victim is kidnapped." it immediately went into my must watch list.

Salo (1975)
Four fascist libertines round up 9 teenage boys and girls and subject them to 120 days of physical, mental and sexual torture.

This film has been described as "extreme" and many reviewers questioned whether or not the film should have been made.  The torture that the viewer is put through can only be compared to that of those in the film.  Intriguing.

Irreversible (2002)
Events over the course of one traumatic night in Paris unfold in reverse-chronological order as the beautiful Alex is brutally raped and beaten by a stranger in the underpass.

On reviewer stated that he wasn't sure if he was either strong or stupid to fully sit through this movie.  It's that intense.

So there you have it.  What is this... 8 or so movies that I want to watch this year?  It's not a long list, but as I read reviews and I get recommendations, I add a movie or 2 to my list.  This list of mine have previously had movies such as Audition and Ichii the Killer, which were recommended by blogging friends.  If you know any movies that are right up this alley, fell free to add in the comments.  Later!

Posted by Metallman at Wednesday, January 12, 2011